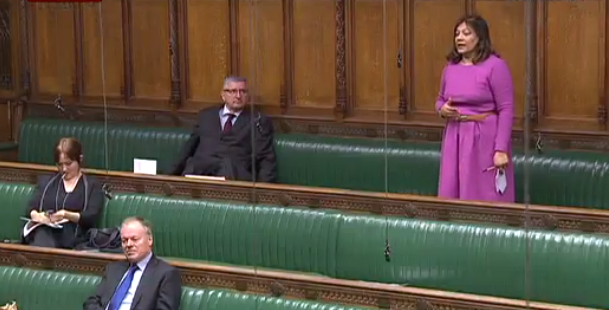 On Thursday 18 December 2014 the Opposition was granted an Urgent Question asking Secretary of State for Health if he will make a statement on the performance of A&E and ambulance services and what plans are in place to help them cope with winter pressures.
Valerie asked:
“The College of Emergency Medicine gave the Secretary of State a 10-point plan in 2013. Will he say which of those 10 points he has enacted?”
The Secretary of State replied:
“We have enacted, or started to enact, every single one of them. Some of them take a bit longer—the contracts for A and E consultants, for example, which we want to ensure are attractive enough to encourage people to want to become A and E consultants. I am pleased to say that we have made some progress on that and are now getting the recruits coming into A and E that we want to see. Other things are starting to happen this winter—more co-location of GP services at A and E front doors and better discharging procedures from hospitals. We have been working very closely with the College of Emergency Medicine, which has been a great help to us in devising these winter plans.”
Valerie said:
“This problem has been going on for a long time. In November 2013 the College of Emergency Medicine published ’10 priorities for resolving the crisis in Emergency Departments’. During an Urgent Question on A&E and Ambulance Services I asked the Health Secretary which of the College of Emergency Medicine’s 10 point plan to deal with the Emergency Care crisis had been enacted. While the Health Secretary has said that he has ‘enacted, or started to enact, every single one of them’, more needs to be done. Last week saw A&E in England have its worst week on record. Only 90% of patients were seen with 4 hours.”
“I wanted to draw the Secretary of State for Health’s attention to the warning he received from Dr Clifford Mann, president of the College of Emergency Medicine, in 2013. Dr Mann said that the current crisis in A&E was not a surprise to NHS Staff but it was to the Department of Health. The Government was not only warned about the crisis in 2013 but was given a 10 point plan to best address the problem.”
“Under the Health and Social Care Act, the Secretary of State for Health and the Chief Executive of NHS England are both responsible for the NHS. The Secretary of State and the Chief Executive of NHS England do not have a grip on the service. I raised this in the Christmas Adjournment Debate as £3bn was spent on a wasteful reorganisation and there was an underspend of £3.6bn from 2011-13. This money was sent back to the Treasury without giving NHS staff a pay rise or addressing the crisis in A&E.”
“I was surprised by the Secretary of State for Health’s response when I asked him about NHS Staff pay rise at the Health Select Committee, of which I am a member. The Health Secretary told me that awarding the recommended pay rise would be ‘bad for patients [and] I do not think it is what front-line nurses want either’. NHS staff are entitled to a pay rise after two years of a pay freeze. The failure to award one shows how little the Government values NHS staff.”
“I also heard from Anita Charlesworth, Chief Economist at the Health Foundation, who questioned the usefulness of non-recurring one-off winter payments that are given every year. This does not help hospitals plan efficiently for the long term.”