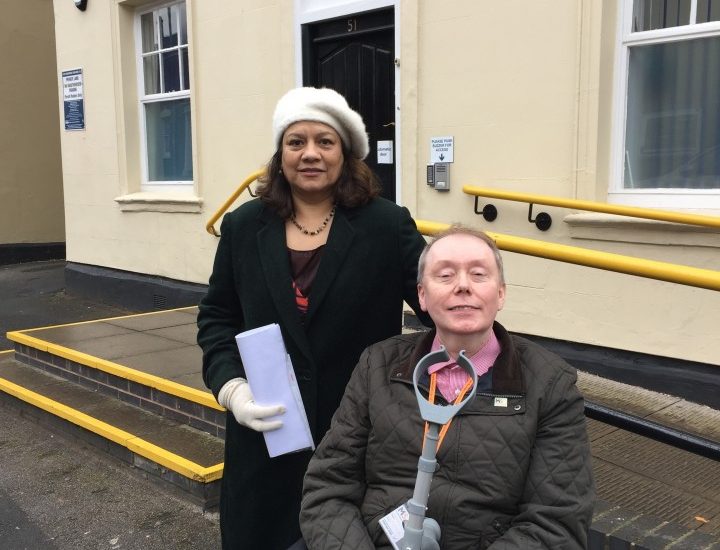 On Friday 4 March 2016 I met with Mr Chris Stroud, Managing Director of Capita Personal Independence Payment (PIP) Assessments who confirmed to me that assessments would no longer take place on the first floor of the Centre at 51 Lower Hall Lane, Walsall.
My constituents contacted me in July 2015 to say that applicants for PIP, many of whom have difficulty walking or are wheelchair users, were being asked to climb stairs to first floor consultation rooms at the Capita PIP Assessment Centre.

When I first raised the accessibility of the Centre in, Capita responded that it complied with the Equality Act and Building Regulations. I then visited the Centre unannounced in December 2015 and found that no changes had been made. It was only after this visit that Capita took action.

I am disappointed that this has taken so long to resolve, but I am pleased Capita has now confirmed that assessments will no longer take place in first floor consulting rooms.

The photograph above shows me with my constituent, Mr Andy Brown.