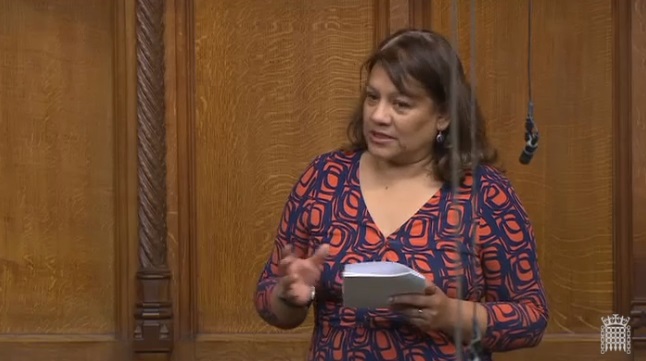 I raised the ongoing closure of Junction 9 of the M6 at the Summer Adjournment debate in the House of Commons on 16 July 2015.

Constituents contacted me because they are frustrated and angry at being caught in congestion because of the closure of Junction 9 of the M6. Many have said it has taken more than an hour to travel along the 2 mile diversion route to Junction 7.

I have never seen any works taking place on or under the slip road. There has been no information why the slip road is closed. This frustration is compounded by confusion about when the slip-road will reopen. A press release from Highway England dated 20 May 2015 said the slip road would open on 30 November 2015, but a bulletin dated 15 June 2015 on the Highways England website said that it would open on 30 July 2015.

I was pleased to get a response from the Deputy Leader of the House at the end of the debate but alarmed to be notified that the slip road has been closed to reduce congestion on the M6 and local roads. The closure was agreed after consultation with Walsall MBC and Sandwell MBC. Rather than reducing congestion, the closure has increased congestion.

There has been gridlock on the main diversion route on Broadway and Birmingham Road. There have also been long delays on the Black Country Route near Junction 10. As a result Traffic has increased on Wolverhampton Road West. A constituent told me that in one evening he had counted 125 lorries on the road. This has affected the road surface which is now covered in cracks and potholes.

Constituents living on Walstead Road, West Bromwich Road and Delves Crescent have also said traffic has increased since the closure of Junction 9. At Walstead Road this is exacerbating the effects of a poorly designed road hump scheme which has already caused chaos for residents. I am calling on Walsall MBC to revisit this scheme.

There is a similar story on Bescot Crescent where there are potholes, cracks to the road surface and damaged speed humps. I disagree with the Council’s view that the road is not sufficiently severe to be included in the 2015/16 programme of repairs.

Walsall MBC has been awarded £12.6m by the Department for Transport over the next five years for road repairs. Some of this funding should be allocated to Bescot Crescent and Wolverhampton Road West and revising the scheme in Walstead Road.

Highways England must reopen the slip road as soon as possible. Congestion in Walsall is worse than ever. The slip road closure has failed.

The Official Report of my speech and the Deputy Leader’s response can be viewed here.