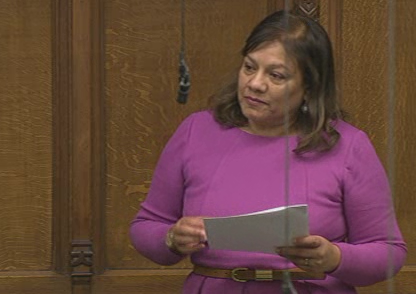 On Wednesday 17 December 2014 the Government announced further cuts of 15.5% to Walsall Council’s financial settlement.
Valerie Vaz MP said:
“The Government has cut Walsall Council’s financial settlement for 2015-16 by 15.46%, this is twice the national average. The settlement for 2014/15 is £149 million and is being slashed to £126 million for 2015/16. In total £23 million is being taken from the settlement. Walsall council have also been forced to find £86 million in cuts over the next four years due to the cuts from this Government. This will dramatically effect local services.”
“It is extraordinary that the Government are pushing ahead with budget cuts. This Government has cut the core grant to local authorities by 40% in real-terms since they came to power in 2010.  The National Audit Office said that single-tier authorities feared for core services, including education and social care, and that the Government have no way of monitoring the financial sustainability of councils.”
“I raised this issue in the Christmas Adjournment Debate in Parliament on Thursday 18 December 2014. We have an outstanding Sure Start centre in Palfrey which plays a vital role in helping new parents and is a focus for them, but all that is under threat. Some families in Walsall cannot even afford a computer or the internet, so children go to libraries after school. How will we raise standards and aspirations if we deny people, especially children, access to knowledge? Those vital services can affect the long-term needs of society, and the budget cuts are short-term thinking that in the end will undermine society.”