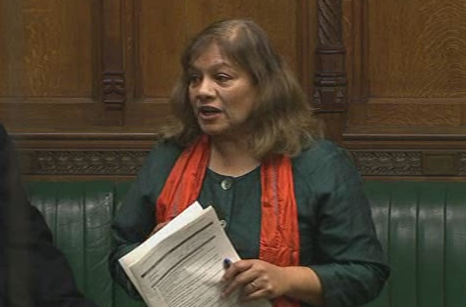 On Thursday 31 October 2013 at Leader of the House questions, Valerie Vaz MP raised the issue of the recent court rulings against two Secretaries of State.
Valerie asked:
“It is extraordinary that in one week two Secretaries of State have made decisions held by the court to be legally flawed. So could we have a statement on whether they acted against civil servant and legal advice, and if he could publish the legal costs.”
The Leader of the House replied:
“Well I think what was demonstrated in the case relating to the back-to-work schemes is that the government was operating on the basis of thoroughly sound principles. I think it was important for that to be established. Where Lewisham is concerned, of course, I understand perfectly well what my Right Honourable Friend was doing and why he did it. I think he was right to pursue the issue because the law wasn’t a law that we brought in. The unsustainable providers regime was actually something that was established in primary legislation under the previous government. But unfortunately the legislation was not clear and it was important for that clarity to be ascertained through taking the case further.”