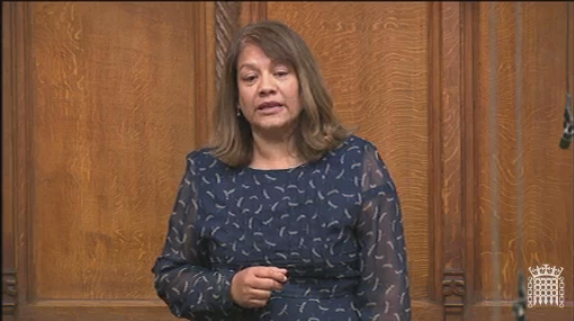 On Tuesday 1 July 2014, Valerie was listed at No 14 at Justice questions in the House of Commons.

“What recent assessment he has made of the adequacy of provision of interpreters and translation services in court?”

The Secretary of State replied:

“There have been dramatic improvements in performance in the last the last two years and we continue to manage contracts to ensure these improvements continue. We appointed independent assessors to carry out a review of interpretor quality standards earlier this year and look forward to receiving their recommendations shortly.”

“The reality is that my constituent who was sitting on a jury had to have it adjourned for 4 days while they were looking for a translator. Could the Minister say why the payments to Capita Translation services has increased from £7 million to £15 million over the last two years?”

The Secretary of State replied:

“It is regrettable when there are individual circumstances and she’ll appreciate that I cannot comment on specific cases. What I will say to her, however, is that dramatic improvements in performance have occurred in the last two years and Capita routinely fill 95% of requests. As far as funding is concerned, I hope she can appreciate that in the first year of the contract £15 million of British taxpayers’ money was saved.”