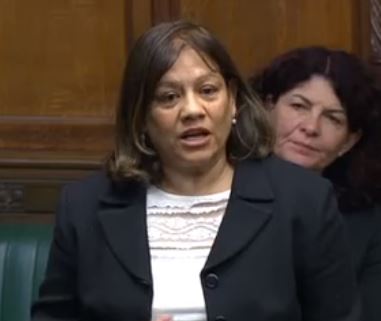 I met representatives of Walsall Adult and Community College (WACC) immediately after it was announced in July that all funding for English Language tuition for jobseekers had been withdrawn with immediate effect. They told me WACC will lose £380,000 from its budget as a result of the decision. I wrote to the Skills Funding Agency on 30 July 2015 asking for this short-sighted decision to be reviewed but I am yet to receive a response.

I have now asked the Leader of the House for a response and for an urgent statement on the withdrawal of this funding, which will make the process of finding meaningful employment much more difficult for many of my constituents.

The rate of Jobseekers’ Allowance Claimants in Walsall South is currently 4.3%, well above the national rate of 2.5%. The 2011 Census found that there are 2,575 households where no residents have English as a main language. This represents 6.88% of households and is well above the national average of 4.28%. Many of my constituents will now not benefit from WACC’s English Language tuition.

ESOL is delivered by WACC at Whitehall Junior School and WACC’s Centre at Weston Street within walking distance of the heart of the BAME community in Palfrey, which is particularly important for women. WACC is an excellent college which was rated as Outstanding by Ofsted in 2012/13.

It is difficult to see how jobseekers in my constituency whose first language is not English are going to be able to find employment without the English Language tuition provided by WACC through the ESOL Plus Mandation. WACC has a proud history of serving its community but this decision has the potential to limit its offer and impact.

On the day this cut was announced, the Prime Minister announced a review to look at issues including how people learn English to improve social cohesion. The Government is undermining its own strategy with this short-sighted decision. It is right to expect people to try to integrate into society, to find work and to learn English, but we must also ensure people have the support they need to do so. I hope the Government will reverse this decision.

You can find my question and the response below:

“Why did the Government abruptly cut the ESOL plus—English for speakers of other languages—mandation fund? That has put in jeopardy those who want to get jobs and learn English, as well as providers such as Walsall adult community college. May we have an urgent statement on restoring that fund, or at least a reply to my letter from the Minister?”

The Leader of the House respondend: “I understand the concern and we seek to do everything we can to further education in this country. Our colleges do a great job for many of those who sought refuge in this country, and they help them to develop English language skills. I will ensure that the Minister of State for Skills is aware of the hon. Lady’s concern, and that he replies to her letter as soon as possible.”

Further information on WACC can be seen here.