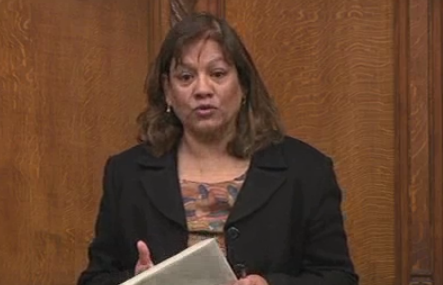 On Thursday 21 November 2013 at Department for Environment, Food and Rural Affairs (DEFRA) questions, Valerie raised the issue of deaths from air pollution.
Valerie asked:
“What plans does the Government have to reduce the number of deaths from air pollution?”
The DEFRA minister replied:
“Air quality in the United Kingdom has improved significantly over many years, but it still has the equivalent to reducing the average life expectancy of everyone living in the UK by 6 months. The Government is committed to ongoing work to reduce its impact and has invested many billions of pounds in measures that will help reduce air pollution in transport, energy and industrial sources.”
Valerie followed up:
“Mr Speaker with 29,000 early deaths from poor air quality and the Supreme Court judgement against the Government and World Health Organisation saying poor air quality is the primary cause of cancer, what more can the Government do to avoid a public health crisis?”
The DEFRA minister replied:
“If we take for example the transport sources of air pollution, we have invested over a billion pounds in measures to promote growth in electric vehicles and this will help to transform future air quality along with cleaner buses and a whole range of policies. We are also negotiating at European level for better standards in diesel vehicles, which is a significant contributor to, for example, oxides and nitrogen, so this is an issue we are taking to a European level as well.”