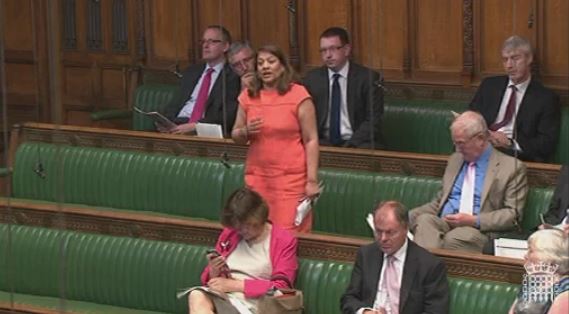 At Communities and Local Government Questions on Monday 8 July 2013, Valerie raised the issue of empty sites which have planning permission for housing but which are not being developed.

“Will the minister say what steps he is taking to bring those empty sites with planning permission for housing back into use.”
”

Mr Foster: Already there is vigorous use. I remind the House that some two thirds of assets in this country are owned by local councils. We are now consulting on the need to get councils to declare a list of all their assets. We have also given additional powers on the right to reclaim that should enable local communities, and indeed individuals, to put pressure on people who own derelict sites to bring them back into use.

“While are Green Belt land is under threat, ostensibly because of the need to build new houses, there are derelict brownfield sites which already have planning permission for housing but which are not being used. An example of this can been at the former Servis site at Darlaston Road, which has been lying empty for years. Residents are concerned about the risk of crime and anti-social behaviour that an empty site such as this creates.”