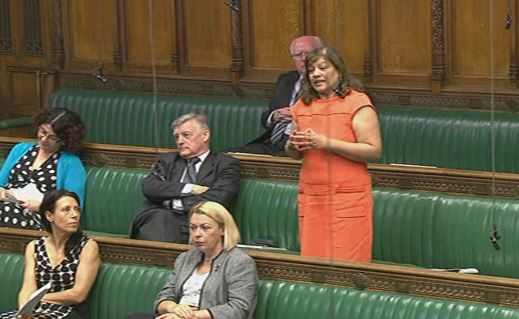 At Leader of the House Questions Thursday 20 JUne 2013, Valerie called for an urgent debate on the Government’s policy regarding the Green Belt.
Speaking in the House of Commons, Valerie Said:
“The national planning policy framework states that it is inappropriate to build on the green belt, yet a ministerial statement last September said that local plans would be fast-tracked if they included the green belt. My constituents want to know whether the green belt is safe, so may we have an urgent debate on Government guidance to local decision makers on this conflicting policy?”
Valerie’s question and the Leader of the House’s response can be viewed on the Official Report here.