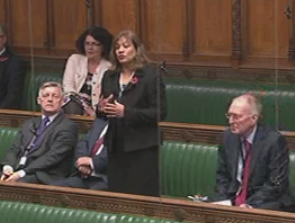 On Tuesday October 29 2013 at Foreign Office questions, Valerie Vaz MP raised the issue of recent violence in Burma.
Valerie asked:
“What representations has the Foreign Secretary made to the Burmese government on the recent violence in Kachin state which makes constitutional reforms that more urgent?”
The Foreign Secretary replied:
“Again this is one of the subjects which we discuss regularly with the Burmese government and indeed that we have discussed with Aung San Suu Kyi on her visit last week. Progress has been made of course in ethnic conflicts in bringing ceasefires to effect in ethnic conflicts. But conflict in Kachin state has been the most serious in recent times so it is always very high on our discussions with the Burmese ministers.”