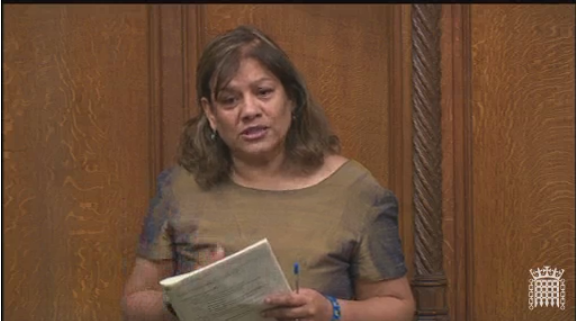 At Business, Innovation and Skills Questions on 11 September 2014, Valerie raised the issue of how scientific advice was being utilised across government departments.

Listed on the order paper at question No 12, Valerie asked “What steps is his Department taking to ensure that scientific advice carries appropriate weight across government?”

“I thank the Minister for his response and welcome him to his post, but the fact is that the science budget has been eroded in real terms. The Minister with two brains was removed, and he had the support of the scientific community. Can the Minister explain how the Government Office for Science can be effective when the chief scientific adviser posts in the Department of Energy and Climate Change and the Department for Transport—two crucial Departments—remain unfilled?”

“I thank the hon. Lady for her welcome. She talks of cuts in the science budget. Let me put on record again the fact that the Government have protected and ring-fenced the science budget. Let me also take this opportunity to pay tribute to my predecessor, my right hon. Friend the Member for Havant (Mr Willetts), who achieved that success in conjunction with the Chancellor. As for the two Departments that currently do not have scientific advisers, Sir Mark Walport and the Government Office are actively in the process of recruiting and putting in place arrangements to ensure that adequate scientific advice is available”