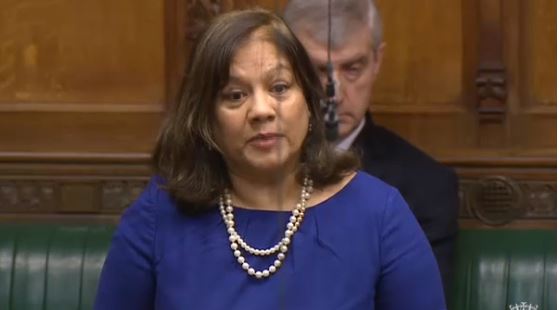 It was recently announced that following a Care Quality Commission inspection at the Manor Hospital that the Hospital was placed in special measures. This means that the hospital has not achieved the standards expected. On Tuesday 9 February 2016 at health questions I was able to ask a question on Manor hospital to the Secretary of State for Health.

Valerie Vaz (Walsall South) (Lab): Walsall NHS trust has been placed into special measures, so what immediate action can the Secretary of State take to ensure that the Manor hospital can recruit the vital staff in paediatrics and A&E that it now needs—not agency staff, but long-term fully employed staff?

Mr Hunt: The hon. Lady is absolutely right that one thing that can tip hospitals into special measures is having too high a proportion of staff from agencies so that a trust cannot offer the continuity of care that other trusts can. As for full-time doctors, there have been an extra 83 at Walsall Healthcare NHS Trust over the past five years, along with 422 full-time nurses. An improvement director started this week and we are looking to find a buddy hospital, which is what I think will help most. When it comes to turning hospitals round the fastest, we have found that having a partner hospital can have the biggest effect, as with Guy’s and St Thomas’s for the Medway.

Unfortunately the Secretary of State did not answer the question. The report stated that there was a lack of paediatric consultants in both maternity and A and E. I had previously asked this Secretary of State to retain staff with the possibility of paying a premium to those staff doctors and nurses who are hard to recruit in those disciplines. It is no good just recruiting locum staff which costs the Hospital more. Much more has to be done to recruit and retain staff.