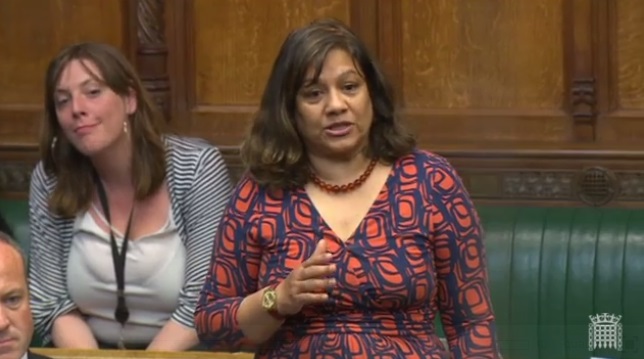 I raised the future of Birmingham Airport at the Statement by the Transport Secretary on the report of the Airport Commission on Wednesday 1 July 2015.

The Airport Commission Report is a missed opportunity for the West Midlands Region. At the Statement I asked the Transport Secretary to take into account the fact that Birmingham has a strategic position in the UK and its connectivity to HS2. I am encouraged that he agreed to do so and I hope that this will be reflected in the final decision on airport capacity when it is taken by Ministers in the autumn.

Plans for a second runway at Birmingham Airport in the next 10 to 15 years were not considered in the Airport Commission’s report. Airport capacity should be increased where it can provide a gateway to the research and manufacturing heartlands of the West Midlands, not in the already well served South East.

Instead of an even greater focus on London and the South East, we need a national network of long-haul airports, linking businesses throughout the UK to emerging markets. The success of Birmingham Airport is critical for long-term economic growth in the West Midlands and beyond. The Airport’s location at the heart of the motorway and rail networks gives it strategic significance. More than 35 million people live within 2 hour’s drive and it is linked by direct train services to more than 100 stations. When the new Birmingham Interchange Station links the Airport to HS2, Birmingham Airport will become the most accessible in the UK.

In the recommendations the Commission has said that no fourth runway should be built at Heathrow and that Birmingham Airport should be considered when additional capacity is required in the future.

Further information on the Airport Commission is available here.