HomeNewsValerie raises the EU referendum with the Prime Minister

Valerie raises the EU referendum with the Prime Minister 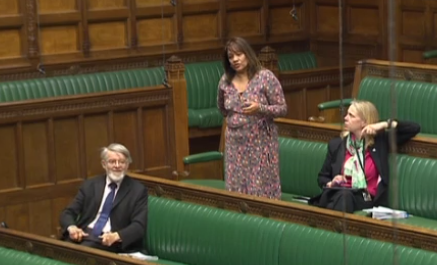 On Monday 24 March 2015 Valerie raised the EU referendum with the Prime Minister following his statement regarding the European Council.
Valerie said:
“The Prime Minister is keen to extol the virtues of a referendum and the benefits of Europe, so will he say whether he would lead the yes camp or the no camp?”
The Prime Minister replied:
“I have been absolutely clear: I want Britain to stay in a reformed European Union. That is the aim I have and I am confident I will achieve it.”