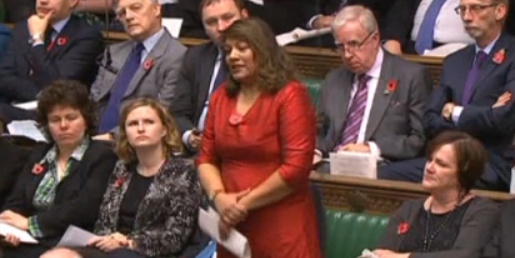 On 7 November 2012 Valerie raised the issue of eligibility of statutory rights between adoptive parents and parents whose children are born to them with the Deputy Prime Minister who was standing in for the Prime Minister.

“Not only is it Obama day, but national adoption week. My ten-minute rule Bill in the previous Session called for equalising statutory rights for leave, pay and allowances between adoptive parents and parents whose children are born to them. That can be done by regulations, so will the Deputy Prime Minister ask a Minister or two to meet me to eliminate that unfairness?”

“I will certainly make sure that the relevant Minister meets the hon. Lady, and I pay tribute to her for her long-standing campaign to equalise the rights of parents of adopted children—for instance, on parental leave—with other parents. I certainly believe that that should be the case. The Government have been looking at the issue closely and I hope that we will be able to make an announcement in the not-too-distant future.”