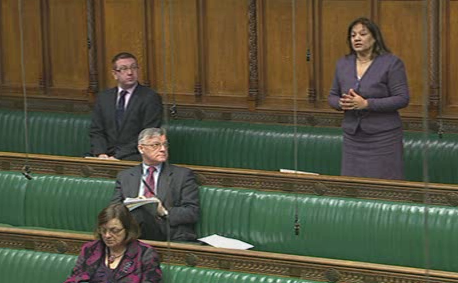 On Tuesday 20 January 2015 Valerie raised the kidnapped Nigerian Schoolgirls in Foreign and Commonwealth Questions.
Valerie asked:
“What steps have been taken to secure the release of the kidnapped schoolgirls in Nigeria?”
The Secretary of State for Foreign and Commonwealth Affairs replied:
“The UK has contributed considerable resources, including military surveillance resources, to assist the Nigerians, and we have produced some intelligence that could have been helpful in the ongoing manhunt. However, the capacity of Nigerian forces on the ground in that region is not as great as we would like, and the constraints on their freedom of action in the north-east region are growing all the time because of the increasing role of Boko Haram.”