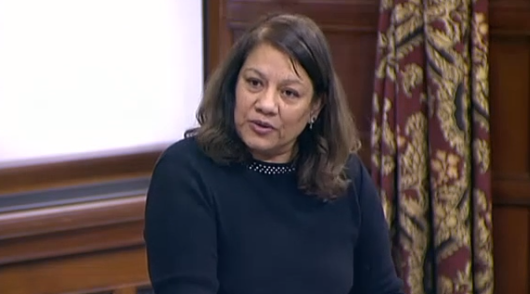 On Thursday 19 March 2015 Valerie Vaz, Member of Parliament for Walsall South, spoke in the Westminster Hall Debate on The Future of Local Newspapers.
Valerie Vaz MP said:
“It is important for young journalists to cut their teeth on local newspapers; writing a blog or writing for the internet are slightly different from the journalism we want to see. When people have time to get the facts right and to get the evidence, we get a proper, balanced article.”
“The Government have a role to play, not in interfering with, but in supporting the local newspapers that inform people. When I first came to the House, local newspapers contacted me to say they were alarmed by the fact that adverts had been pulled from them. That was a pity and a shame, because it is important to encourage and support local newspapers. Local people want to be informed.”
“Many people will know that young David Pearce designed the new pound coin that was announced in the Budget. He was on the front page of a local newspaper because he is a pupil at Queen Mary’s grammar school. Local newspaper can celebrate these important local issues that will not get the same attention in national newspapers.”
“Local newspapers can also produce souvenir editions to mark important moments in local communities. A major event will happen on Sunday when for the first time in its history Walsall football club will go to Wembley, for the Johnstone’s paint trophy final. We wish the team well. There will be a souvenir edition of the Walsall Advertiser and the Express & Star. It is probably not of interest to everyone else, but it is very much of interest to local people.”
“I support the call by the NUJ not just for Government consultation but a national inquiry into the state of local news. It is important to ensure that there are different models and ways of working, and it is also important to enhance the quality of local journalism. That will be a help to local journalists and the national journalists of the future. We need thriving local papers to survive in a thriving democracy.”
The Official Record of the debate is available here: http://www.publications.parliament.uk/pa/cm201415/cmhansrd/cm150319/halltext/150319h0001.htm#15031931000327