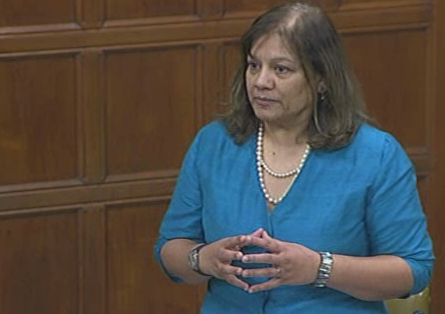 On Wednesday 14 January 2015 there was a Westminster Hall Debate on the Rohingya community in Burma.
Valerie said:
“Everyone acknowledges the superb work that the Foreign Office has done on the diplomatic front and to support a fledgling democracy, but I have three questions for the Minister. Has he met with the Burmese Rohingya Organisation UK? What assessment has he made of the Rohingya not being counted in the census in Burma and does he agree with some of the organisations that have said that crimes against humanity have been committed?
The Minister of State, Foreign and Commonwealth Office, Mr Hugo Swire replied:
“Let me deal with the last question first. Some have talked about crimes against humanity and genocide and such things, but that is for international courts to decide. To answer the hon. Lady’s second question, we have made our views clear on the whole census process, the fact that some of the Rohingya were excluded and the process of self-designation. We are extremely unhappy about the census. Her first question was about whether I had met a group. I have met so many that I might have met it, but I do not want to mislead the House. In the interests of accuracy, I will write to her on that subject, if I may.”
The Official Record of the debate is available here: http://www.publications.parliament.uk/pa/cm201415/cmhansrd/cm150114/halltext/150114h0002.htm#15011451000391