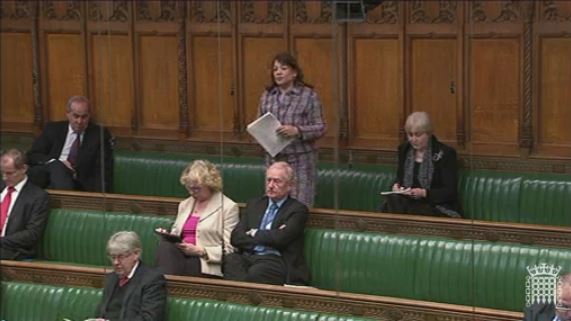 On Tuesday 3 February 2015, Valerie was drawn at Number 9 at Justice Questions.

“What assessment he has made of the effect on women in prisons of the implementation of the Incentives and Earned Privileges Scheme.”

“We have some excellent women’s prisons led by excellent governors. The impact of coalition policies on women are always considered carefully by Ministers. I am committed to ensuring that that is done for women in prison, for which I have a particular responsibility. There was an equality impact assessment for the incentives and earned privileges policy, which came into effect in November 2013. Since then, we have subsequently continued to listen to prison staff, women in prison and organisations, and we make changes to the framework whenever appropriate.”

“I thank the Minister for his response, but clothes, books and stationery are the very necessities of life. He will know about the independent monitoring board’s report into New Hall prison and the effect on the female estate. Will he at least review the effect on female prisoners of the one-parcel-of-clothing rule?”

“The incentives and earned privileges policy framework is an important reform to ensure that privileges in prison are no longer automatic. It is a reform that we brought in—it was not the case under the last Labour Government—and I hope Labour now supports the principle that people should earn privileges. On women’s clothing, however, female prisoners are not required to wear prison clothing; unlike male prisoners, they do not have to earn the right to wear their own clothing. There has always been a restriction on the number of items of clothing they can have in their cells, but I have insisted that there be no restriction on the amount of underwear they are permitted at all times when in custody..”