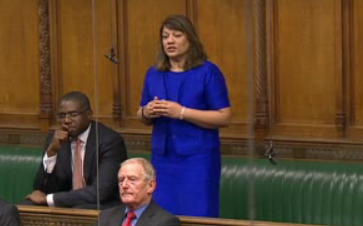 “What representations has the Secretary of State made to the Football Association to request that it issues clear guidance to support players at local and national level who are the subject of homophobic, sexist and racist abuse?”

The Minister for Sport replied:

“Let me join the hon. Lady in saying that everyone who follows football, and indeed many of those who do not, have been extremely concerned by the increase in the prevalence of racist incidents over the past six months or so. The Football Association has just produced a comprehensive 92-point plan, which has been welcomed by many of those involved in the game, and I very much hope that it will play a significant role in bringing this unfortunate chapter to a close and improving the situation rapidly.”