HomeNewsValerie responds in debate on Restoration and Renewal

Valerie responds in debate on Restoration and Renewal 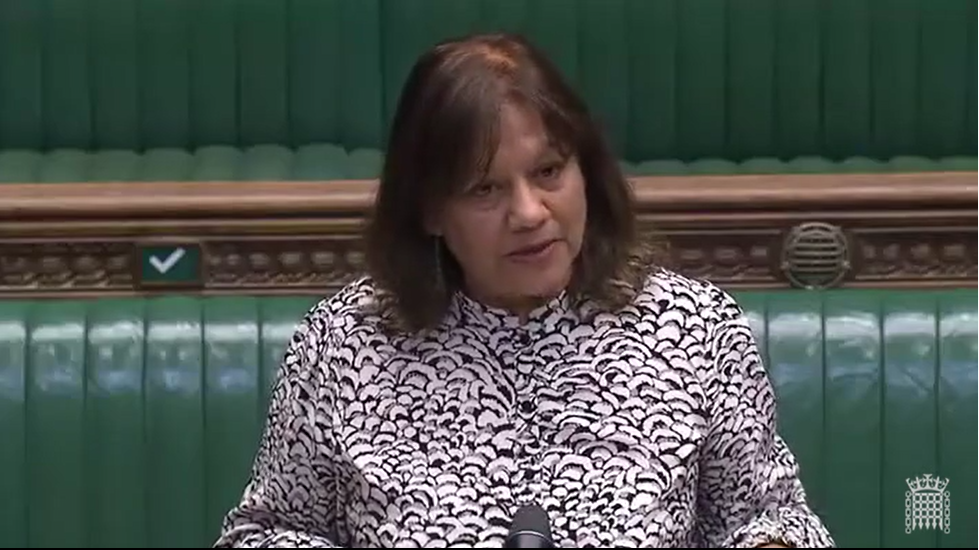 On Thursday 16 July 2020 I spoke in a general debate on Restoration and Renewal, a programme established to tackle the work that needs to be done to preserve the heritage of the Palace of Westminster. You can read my full speech below:

“It is hard to believe that Restoration and Renewal, commonly known as R&R—nothing to do with rest and relaxation—was first established in 2013 by both Houses. Imagine if we had actually started the work then: it might even have been completed by now.

I can see why the Leader of the House wanted to schedule this debate. We could have debated the redundancies at British Airways, something that he did not even find time for next Wednesday, but he chose to do this now. Of the current Cabinet, only two members voted for a full decant, seven did not vote and 15, including the Prime Minister and the Leader of the House, voted against a full decant.

I hope that this debate is not about revisiting the project. Everyone accepts that work must be done on this building, not least because it is not accessible, and it is a heritage building. From seeing pictures or visiting the basement, it is clear that work must be done from a safety aspect underground and to the stonework outside. ​It all needs to be looked at, because this is a once-in-a-lifetime project and it will keep us going for the next few —maybe hundred—years.

I want to make a few points. First, we agreed a process in May 2019, when the Parliamentary Buildings (Restoration and Renewal) Bill was introduced, and it then received Royal Assent on 8 October 2019. The House agreed that, using the successful model of the Olympics, we would have a Sponsor Body and a Delivery Authority. Those are made up of experts, but there is parliamentary oversight. They became substantive bodies in April this year, and we in this House have tasked those experts with dealing with this important programme. I want to thank the parliamentarians who are serving on the Sponsor Body: the right hon. Member for East Hampshire (Damian Hinds), my right hon. Friend the Member for Alyn and Deeside (Mark Tami), who has been involved in this project for a long time—he has seen it all, right from the beginning—the hon. Members for Edinburgh East (Tommy Sheppard) and for Poole (Sir Robert Syms), Lord Best, Lord Carter, Lord Deighton and Baroness Scott. They are all on the Sponsor Body, so both Houses of Parliament have oversight of the project.

Secondly, the Leader of the House alluded to costs. At all stages, the National Audit Office and the Comptroller and Auditor General are involved, and their job is clearly set out: to certify that Departments and any other bodies have used resources efficiently, effectively and with economy; and so long as they report regularly, costs can be kept in check. We are not dealing with repairs that could result in even more eye-watering figures; we are dealing with keeping this building safe. I want to put it on record that at no stage are Members or anybody visiting the building unsafe. Yes, there may be fires, but there is a team of people who put those fires out practically every day. The Clerk of the House would be absolving himself of his responsibility if he let Members in here when the building was unsafe. The case for a full decant is strong. We do not need noises off raising the prospect of alternative sites. Inevitably, there will be costs as yet uncosted.

I will come on to Richmond House, but it is not my opinion—it is an opinion that this House has taken to transfer authority for doing that to the Sponsor Body and Delivery Authority. As I said, we are not the experts; they are the experts, and they will be able to undertake that.

The case for a full decant is strong. The Prime Minister has written a letter about moving to York. I do not know whether that has been costed—perhaps the Leader of the House could tell us what costs are associated with moving there. The costings of the building work and moving to York or anywhere else is a matter for the Sponsor Body to look at. This House will not be able to ​continue with a patch-and-mend approach or a quick fix; that will not do. Any delays will exacerbate the problem, probably making it cost more as some of the systems reach the end of their shelf life.

The Northern Estate programme is for improvements to the buildings in Norman Shaw North and South and Derby Gate, and it is progressing. Plans to house a temporary Chamber were part of the programme. Concerns were expressed about the heritage of Richmond House, but in fact it is only 33 years old. I am pleased that the right hon. Member for Gainsborough (Sir Edward Leigh) intervened on me, because he has been in the House for 37 years, so he will remember when Richmond House was not even there—it did not exist. We now have a strategic review, in which Members are encouraged to take part, and they have until 7 August.

There is the challenge panel, which is interesting. I have a list of the hon. Members and various people on the challenge panel, but I cannot see on there a single member from the Opposition parties. We have a strategic adviser to the Prime Minister and various other people, but I cannot see where Opposition Members—any of the Opposition—can have their view heard on the challenge panel. It is good that Sir David Higgins is on there, because he ran a very successful campaign to deliver the Olympics. I had the privilege of interviewing him when I was on the House Governance Committee and I know that he is very conscious of how to have an end to a project. He talked about Gantt charts and proper schedules. It was different with the Olympic Delivery Authority because there was an end date, but I am sure the Sponsor Body can come to some conclusion on how we come to the end of the project.

The review will enable us to continue with progress ,and the Sponsor Body is in the process of updating the costings. The costings were undertaken some time ago, so it is right that it should do that. Before the work, we will vote on the outline business case, as the Leader of the House said, but that has already been pushed back to 2022.

As right hon. and hon. Members have said in previous debates, and in the debate in which we voted for a full decant, the project will be about the whole country benefiting from the heritage, and from utilising the skills and crafts of the whole country. There will be no blacklisting and there will be an upskilling of our diverse workforce. I hope that right hon. and hon. Members will see that this is preserving the home of our democracy for over 1,000 years and for generations to come.”