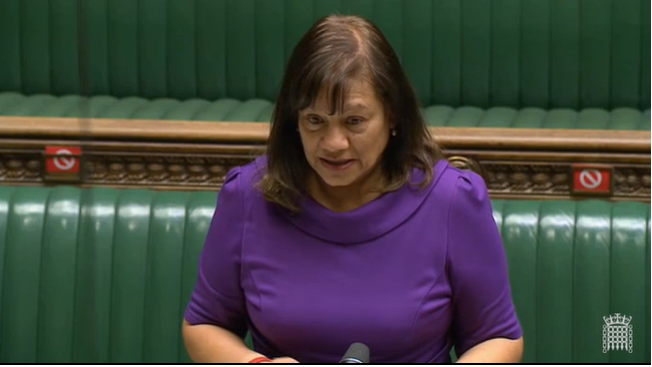 On Monday 22 March 2021, I spoke on behalf of HM Opposition to a motion which appointed John Pullinger CB as the Chair of the Electoral Commission with effect from 1 May 2021 for the period ending on 30 April 2025. You can read my speech below:

“I thank the Leader of the House for moving the motion. May I start by thanking the outgoing chair of the Electoral Commission, Sir John Holmes, for his four years of service in what is a very important role? I am sure many hon. Members will remember that, before chairing the Electoral Commission, Sir John spent his career working in the Foreign and Commonwealth Office and as a foreign affairs adviser to two Prime Ministers of two different parties. We thank Sir John for his leadership and his work to support our democratic process.

As the Leader of the House set out, the panel was appointed by Mr Speaker to oversee the selection process for Sir John’s successor. I want to place on the record my thanks to all those who served on that panel: my hon. Friend the Member for City of Chester (Christian Matheson), the hon. Member for Hazel Grove (Mr Wragg), Philippa Helme, Tony Hobman and Sarah Laessig.

The full transcript of the interview on 1 March 2021 with seven hon. Members and Mr Speaker is available, as the Leader of the House said, in the report of the Speaker’s Committee. In recommending John Pullinger, the panel said:

“John gave full and wide-ranging answers that persuaded us that he had the knowledge and experience necessary to perform strongly in this role. He had a clear appreciation of the range of issues the Commission was facing and of the complexity of its stakeholder base.”

We remember John fondly as the Librarian until 2014. He then became the UK national statistician between 2014 and 2019. He developed and delivered a strategy to enhance the trustworthiness, quality and value of official statistics to support political debate and decisions. He said that it is

“unacceptable for people to either not use evidence, or to misuse it.”

He has also helped to strengthen democracies in places such as Myanmar and Iraq. That emphasis on transparency and evidence-based decision making means that he is suitable for the role, which safeguards the integrity of our electoral process.

The Electoral Commission, like the Office for National Statistics, is independent of Government. John Pullinger therefore has experience to lead this organisation in an independent, robust and accountable way. We in the Opposition thank the Committee of Selection. We are pleased that John Pullinger has agreed to take this position after a rigorous interview, and we wish him all the best in his new role.”