HomeNewsValerie responds to an Urgent Question

Valerie responds to an Urgent Question 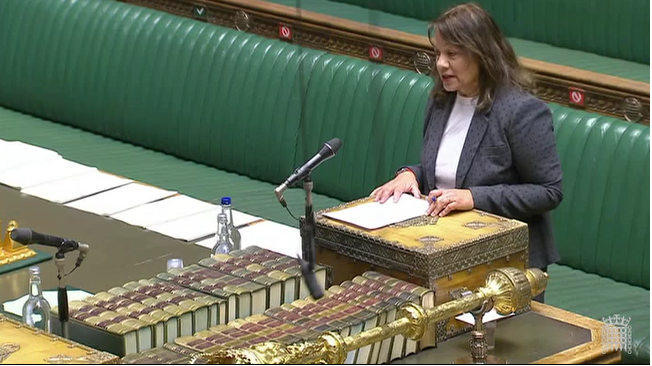 “I thank the hon. Member for Basildon and Billericay (Mr Baron) for securing the urgent question and you, Mr Speaker, for ​granting it. Why did the Leader of the House think it was necessary to make some sort of announcement on Twitter without having the courtesy to let the House know? He will know that I wrote to him on Friday, along with the chair of the Human Rights Committee, my right hon. and learned Friend the Member for Camberwell and Peckham (Ms Harman), and the Chair of the Women and Equalities Committee, the right hon. Member for Romsey and Southampton North (Caroline Nokes), to ask him to look again at participation of hon. and right hon. Members in debates. The Leader of the House has been warned on a number of occasions that this would happen, and on each occasion he has said no, no, no, without even considering what we have been saying.

I agree with the right hon. Gentleman: everyone was moved by the hon. Member for Chatham and Aylesford (Tracey Crouch) when she asked at business questions why she was not allowed to take part in the debate—if she had been able to, imagine how someone going through what she is going through could have informed that debate.

I have previously raised the point that there are two classes of Members, and that that is undemocratic. The right hon. Gentleman says that it is our duty to be here but it is our duty to represent our constituents, and the Leader of the House is suppressing and extinguishing the voices of right hon. and hon. Members in that debate. Effectively, he is saying that all Members are equal but some are more equal than others. Where have we heard that before?

Will the Leader of the House now accept that he has excluded hon. Members from doing their democratic duty for their constituents, and will he please revert back to the world-leading system that worked? Such debates should be for every Member, not just a certain class. Why should hon. Members be identified as clinically extremely vulnerable? That is a privacy issue.

The contacts of the hon. Member for Ashfield (Lee Anderson) may well have been identified and isolated, but he did not have a proxy and he was in the queue—that means that he has exposed all hon. Members who were in that queue. Will the Leader of the House look again at remote voting? He said that the system broke down, but that was once and it was corrected. We are so far down the road from the start. The Lords are actually undertaking seven to eight hours of virtual proceedings and they are now looking at the second Chamber. Debate is controlled by call lists, anyway, so will the right hon. Gentleman look at Westminster Hall and Public Bill Committees, which involve small groups and could be done by Zoom? Will he also confirm how long the proposed changes will last and commit to cross-party talks before they are removed?

Finally, I wish a speedy recovery to the Prime Minister, the hon. Member for Ashfield and all other Members who are isolating.”