HomeNewsValerie responds to Business motion on the EU Withdrawal Act

Valerie responds to Business motion on the EU Withdrawal Act 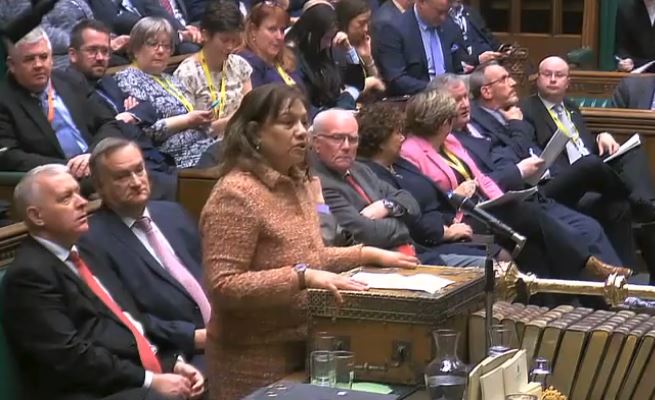 I responded to the Business of the House motion on Tuesday 4 December 2018 which sets out the proceedings of debate on the EU Withdrawal Act.

The motion provides for: five days of debate (4, 5, 6, 10 and 11 December), up to eight hours of debate on each day; and up to six amendments to be selected by the Speaker and to be voted on at the end of the final day of debate at 7pm.

After I responded to the motion, the House voted on an amendment which sought to ensure that any new Government motion would be amendable. I voted in favour of the amendment.  The Government was defeated for the third time in a row. The result was: Ayes: 321 Noes: 299.

This was an important victory. If the Government loses the  ‘meaningful vote’ on Tuesday 11 December 2018, the Government must come back to the Commons within 21 days and spell out their intentions. The House will rightly be able to amend any new motion.

I thank the Leader of the House and acknowledge that she has been in the Chamber since lunchtime. I hope that she gets the chance to have a break.

The Labour party will support the amendment in the name of the right hon. and learned Member for Beaconsfield (Mr Grieve) and others. There is an important principle here. The Government are accountable to Parliament. At every stage in this process, the Government have sought to prevent Parliament from having a meaningful say on how this country approaches the withdrawal from the EU. The Prime Minister has sought to sideline Parliament. The amendment would simply ensure that Parliament would be given another meaningful say if the Government lose on Tuesday—no true democrat and parliamentarian could vote other than in favour. We support the motion.