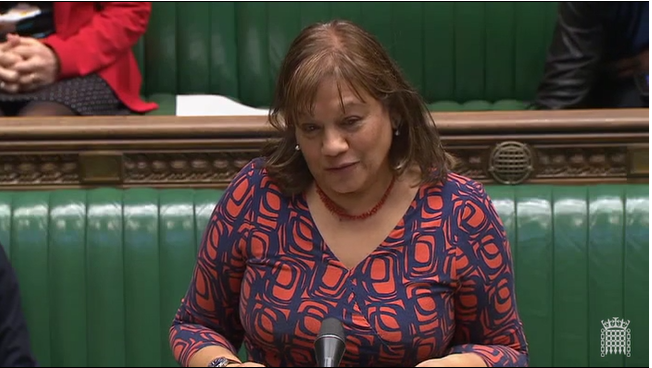 I responded to the Government’s Business Statement on Thursday 06 February, raising its shambolic handling of COP26 preparations and mistreatment of the press. You can read my full speech below:

I thank the Leader of the House for giving us the forthcoming business and for giving me notice, albeit at 10.31 am, of his statement. After the terrible events in Streatham, we think of those who were injured and hope they make a full recovery physically and mentally and again thank our outstanding emergency services who responded so swiftly. The Opposition say that terrorist prisoners should not be automatically released but should be subject to parole board assessment before release, during their sentences. We will look carefully at the Government proposals and work with them, on a cross-party basis and in the national interest, to protect our citizens. I hope the Leader of the House will convey that to the relevant Minister. He says he will find time for the draft legislation. I hope he will also give the Opposition time to look at it.​

The Leader of the House will know that the European Scrutiny Committee needs to be set up under Standing Order 143. It has a statutory function under section 13A of the European Union (Withdrawal) Act 2018, which was inserted by section 29 of the European Union (Withdrawal Agreement) Act 2020, and that statutory role will continue during the transition. Given that talks start on 3 May, and we need that scrutiny, will he say when it is likely to be set up?

We need more scrutiny, not less, and it is not right what the Leader of the House said last week about the Prime Minister coming to the House for 30 minutes being sufficient. He knows that that is just plain wrong. One Department has already been abolished. Scrutiny is important.

Is the Leader of the House not concerned about the events that took place at Downing Street this week and the way journalists were treated? Despite an urgent question that you granted, Mr Speaker, there was no explanation of whether special advisers overrode the civil service. Did they? Was there a breach of the civil service code, or is there a new civil service code? There was no explanation about who was allowed to stay. It cannot be right that a special adviser can decide whether one journalist is clever enough to take a technical briefing and another is not. It feels like a case of “Four legs good, two legs bad.” The Leader of the House knows more than anyone, with his background, that this is totally unacceptable, so can he find time for a fuller statement on the events that took place around the exclusion of journalists?

More Government shambles; the chief executive sacked and no one to replace Claire O’Neill. Is this the face of global Britain, which we debated last week—an absolute shambles? Yesterday, my hon. Friend the Member for Huddersfield (Mr Sheerman) held a meeting with the Nobel prize nominee Chief Raoni Metuktire and other indigenous leaders from the Amazon. The hon. Member for Tiverton and Honiton (Neil Parish), the Chair of the Select Committee on Environment, Food and Rural Affairs, was there, as was I, but Australia, the Amazon, Bangladesh and the young people in Friday’s climate change strike all understand the urgency. When will the new chief executive be announced for COP26?

The Government may be reducing the amount of information given to journalists, but is the Leader of the House aware that more than 400 local authorities allow at least one third party to track individuals who visit their website? The data includes when people seek help for financial services or even for disabilities. Almost 7 million people are affected when they click on those websites. One data company, LiveRamp, is part of the group that sells profiles to Cambridge Analytica. Council websites perform a specific public service. Can we have ​a debate on the misuse of personal data on council websites and, if necessary, whether the Information Commissioner requires further powers?

It has been two weeks since Richard Ratcliffe and Gabriella met the Prime Minister to raise the cases of Nazanin, Anousheh and Kylie. Will the Leader of the House say what the purpose of their incarceration is and what will happen next?

Finally, I want to pay tribute to one of the Doorkeepers, Paul Kehoe, who has been here for 40 years. The Clerk of the House has recognised his 40 years’ service, which also gives us an opportunity to thank Phil Howse, the Serjeant at Arms and all the Doorkeepers for looking after us. They do an excellent job.