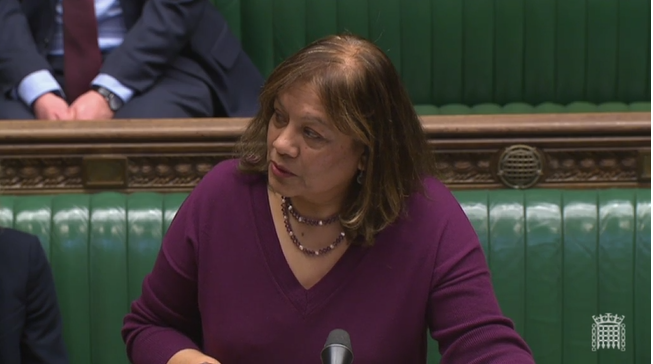 I responded to the Government’s Business Statement on Thursday 12 March, a day after the Government announced this year’s Budget. You can read my full speech below:

I thank the Leader of the House for the business. He will know that the Opposition want to work with the Government on any new legislation that is put through, so could we ask for early sight of it through the usual channels and the shadow Front-Bench teams? I know that the Leader of the House was having a meeting with Mr Speaker earlier yesterday; I wonder whether the Opposition parties could also be included in those talks.

The Leader of the House will know that there is speculation in the press about the restoration and renewal programme. We are all mindful of the costs, but does he agree with the Lord Speaker and Chair of the House of Lords Commission that vacating the entire building is a far more cost-effective option? Will he find time to come to the House and explain the Government’s position, if it is changing?

We had the Chancellor here yesterday and, whoever wrote it, No. 10 or No. 11, he delivered the Budget; he got it done. I do not know whether the Leader of the House is aware—he must be, because I know that he likes procedure—that the Government chose to introduce the Budget resolutions on an income tax motion instead of following the usual custom and practice of moving an amendment of the law motion. Can he explain why? It affects the ability of the Opposition and hon. Members to table amendments to and scrutinise the Finance Bill. Is this another example of the Government trying to stifle proper consideration of their plans? Will the Leader of the House please explain why this decision was taken, given that such a motion is normally used only at the time of an election?

The Chancellor said that coronavirus was on everyone’s minds; it could be in our systems as well. We wish everyone well who is self-isolating and those who are ill a speedy recovery. I am sure that the Leader of the House will join me in sending our condolences to the families of the eight people who have now died. However, the Chancellor said nothing about the key demographic of the over-70s, who are going to be affected by the virus and the most at risk. Will the Leader of the House ask the Chancellor to look again at free television licences for the over-75s? They need information, they need access to television; they may well be self-isolating.

The Leader of the House will have seen that our Front-Bench Treasury team were jumping up and down yesterday saying that the Budget contained absolutely nothing on social care—another thing that affects the over-70s demographic. If the Health and Social Care Act 2012 was revoked, we could move towards a more integrated system of health and social care. As a former member of the Health Committee, I know that in 2015 we were calling for cross-party talks with the shadow Health Secretary, now Mayor Andy Burnham.

It was amazing that the Budget statement contained nothing about the falling markets. We have seen the biggest fall in shares since 2008. The Chancellor has said that the UK has seen a “decade-long slowdown in productivity.”

The Leader of the House will know that people affected by the floods are also suffering from the coronavirus outbreak. I know that the Chancellor has increased spending on flooding to £5 billion, but as I have mentioned in the House previously, the Labour Government increased flood funding and this Government cut it. The Leader of the House will know that the Climate Coalition has produced a report saying that extreme rainfall has increased by 40%, and the number of people in the UK facing floods during the winter is more than the population of Birmingham and Manchester put together.

I know that the Leader of the House will join me in congratulating the climate champions at the Green Heart Hero Awards, which is organised by the Climate Coalition—my hon. Friend the Member for Leeds North West (Alex Sobel) and the hon. Members for Chelmsford (Vicky Ford) and for Cheltenham (Alex Chalk).

I ask the Leader of the House again about Nazanin, Kylie and Anousheh. My hon. Friend the Member for Hampstead and Kilburn (Tulip Siddiq) was right when she said we had been here before. Nazanin was about to be released and nothing has happened; 70,000 prisoners have already been released; we have provided aid in good faith to the Iranian Government. When did the Foreign Secretary last speak to his counterpart? This is one thing that we must get done.

The Leader of the House will know that it is British Science Week. I was delighted to welcome the Royal Society of Chemistry and Lab Tots. The Under-Secretary of State for Business, Energy and Industrial Strategy, the hon. Member for Derby North (Amanda Solloway) came to see experiments and how to make lava lamps. I am sure that the right hon. Gentleman will join me in thanking the dedicated scientists who are looking at research and development to find a cure for the virus, and developing the tests and interpretation of the tests. I place on record our thanks to Public Health England and the House staff, who are meeting daily to keep us safe. The Leader of the House will know that there is such a thing as society and community, and we will look out for each other.