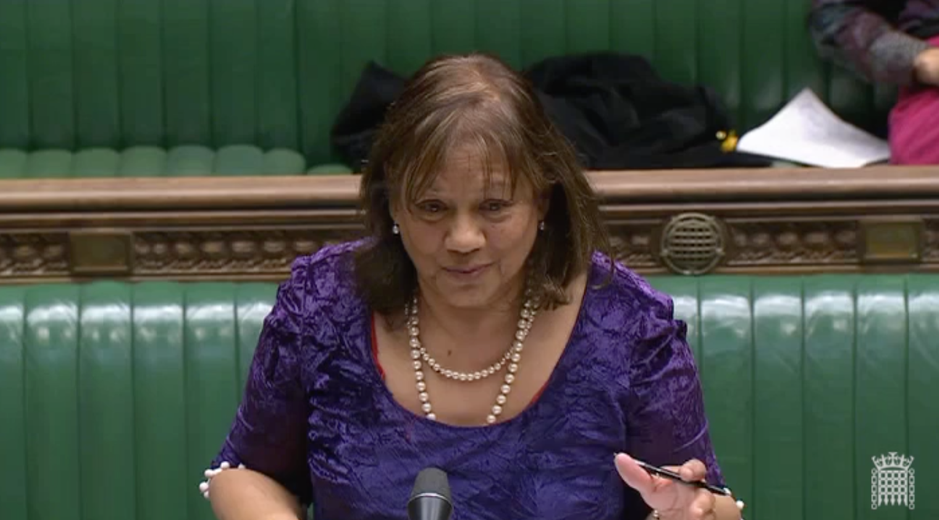 On Thursday 19 March 2020 I responded to the Business Statement on the day that the Government introduced the Coronavirus Bill in the House of Commons. The Bill will be debated on Monday 23 March 2020.  You can read my full speech here:

“I thank the Leader of the House for consulting Opposition parties last week on Westminster Hall debates, the result of which he has announced. We are in unprecedented times, and I appreciate that things are moving fast. I hope he will continue to consult.

I thank you, Mr Speaker, for the statement you made yesterday, when the Chancellor gave his statement to the press first rather than to Parliament. Parliament must be told first: we are not irrelevant. I note that the Chancellor apologised and gave you an assurance, but he did not actually say that he would not do it again. I ask the Leader of the House to ensure that, when press conferences are held, all the information is given. What is happening is that journalists are being briefed afterwards and important information is then highlighted under breaking news, rather than at the press conference.

I thank all the staff—we now have a skeleton staff—and those who have made arrangements so that they can service Parliament. Could I ask the Leader of the House if the parliamentary staff are key workers, so ​they too can be supported with childcare and other benefits? Will he confirm that no one will have to use their holiday entitlement when they are self-isolating or when they are sick? Hopefully they will get sick pay, but there is an issue that they may be using up their holiday entitlement.

We were in a good position to learn from other countries. After all, China built hospitals in two weeks. Vò in Italy has tested a lot—and we know that asymptomatic people, of which there may be many here, can still transmit it—and it is now virus free. I am pleased that the Leader of the House has taken on board the suggestion that I made last week, and that the Government and the BBC have looked to ensure that the over-75s do not have to pay for their television licence fees. I note that that is only until August, but all the other packages that have been mentioned will take place over 12 months.

The Education Secretary yesterday said he wanted to work with the BBC to ensure that our children can learn while they are at home, and also to provide exercise for seniors while we are all self-isolating. It is not right that the BBC should have to foot the bill, and it needs to be compensated for any loss of income. I want to ask the Leader of the House if he can, as much as possible, confirm that we will be back on 21 April. We know the Environment Bill is in Committee: can he make a statement on the timetable for Bills and the Brexit negotiations?

If we have to self-isolate, we will all be indulging in the creative industries— music, television and films. I know that the Leader of the House knows that most of those involved are self-employed now. Many of them have had concerts cancelled, and we need to have a proper package for them so that they do not lose out. There is some confusion, because insurers are cancelling events and citing force majeure. We know that the Department of Health has said that coronavirus is a notifiable disease, so could he please clarify that?

I have a constituent who had a stroke, and she has been asked for a sick note by her human resources department, but the GP is not giving her one. Could the Leader of the House clarify whether sick notes are needed?

I appreciate that the emergency legislation will be published later today—perhaps it has already been published—and it includes a sunset clause of two years. I would urge caution, because this is, after all, the Government that were found to have acted unlawfully over Prorogation. It is important that there is a shorter sunset clause and that the Leader of the House confirms that Parliament will return on 21 April.

May I make a helpful suggestion? There are lots of issues coming out of each Department. Could a statement be made, and published on gov.uk, on each Department and its package, and could there be dedicated helplines, so that we do not have to trouble, say, a Health Minister with questions about employment rights?

I know that the Government do not want to appear on “Today”, but the former Prime Minister Gordon Brown had some very important words to say on it this morning, and they should be heeded. Will the Government ensure that experts from other fields are heard? After all, when Gordon Brown was Prime Minister, he and Alistair Darling went through the economic emergency caused by the banking crisis, and also had to deal with ​flooding. What Gordon Brown said was very important: we are here to protect not our institutions, but our people. Please could we ensure that that happens?

It is excellent news that Nazanin has been freed. I thank the Leader of the House for all his efforts on that front, and those who made diplomatic efforts. Nazanin is out for two weeks, albeit with a tag that her family has had to pay for. Some 85,000 prisoners have been released in Iran, but neither Anoosheh nor Kylie, both dual nationals, are among them. Could I again ask the Leader of the House to raise their case? They need to be back home, where we can help them if they have coronavirus, which we know is widespread in Iran.

One of the good things to have come out of the current situation is the fabulous community groups that have been set up to help people. Post Office workers and members of the Communication Workers Union are going to every house, helping with deliveries. Firefighters in Manchester are going to ring elderly people often. Let us keep our spirits up. Tomorrow is the first day of spring!”