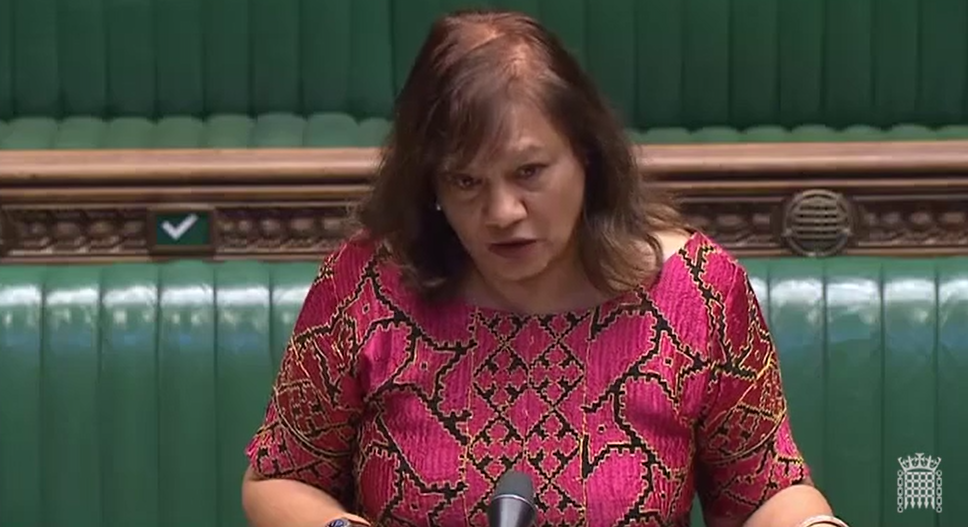 On Wednesday 20 May 2020 I responded to the Business Statement and highlighted some of the challenges facing dentists and small and medium-sized enterprises (SMEs) in Walsall South. You can read my full speech below:

“I thank the Leader of the House for giving us the business statement. There we are, we are sitting up until Thursday with a hybrid, virtual Parliament, so it can be done. First, will he ensure that the Government make a statement on the guidance on people returning to work here safely on the first day back? The advice from the scientists is that lockdown should not be eased until track and trace is in place and that we should look at the observed levels of infection, not just at the fixed date. Does he agree that even the testing has not been got right and that the Government have extended it? Can he say whether there are enough home tests for the House and whether enough masks will be available? At this point, I, too, want to pay tribute to Marianne Cwynarski and everybody on the House staff, who have worked so hard to keep us safe.

Like us, following the Leader of the House’s outburst last week, which came with no consultation, what our teachers want is a discussion and time to prepare. They have been given a confused message, because the British Medical Association has said that the children are not safe to go back. Let us remember that teachers have been at work looking after our children now—they have been looking after key workers’ children—and they are the best people to say whether they are ready or not. The Government cannot compare this country to Denmark, because Denmark has not had as many deaths as we have had here. So what advice have the Government given teachers, particularly on the inflammatory disease affecting children? Given that a poll of almost 30,000 members of the NASUWT found that just 5% said that the schools were safe to return and 81% of parents said that they do not want to send their children back, may we have an urgent statement from the Education Secretary when we return on the evidence that it was safe for children to return? I say that given that a member of the Scientific Advisory Group for Emergencies told the House of Lords Science and Technology Committee that the decision on schools was “political” and not based on science.​

On Monday, we voted on the Second Reading of the immigration Bill, which contains swathes of Henry VIII powers. As the Leader of the House is a believer in parliamentary sovereignty and parliamentary democracy, does he think that is appropriate? Will he guarantee that Government time will be given to debate any statutory instruments that are prayed against by the Opposition? We clap our care workers into the NHS, but with this immigration Bill the Government are, in effect, clapping them out of the country.

A constituent of mine is the general manager of an SME—small and medium-sized enterprise—employing 65 people. Indirectly, they support the NHS, the Nightingale hospitals, manufacturing valuable items that people need quickly. They had a five-week wait, and their bank refused them a loan—just 20%—though they are a profitable company. They and many other businesses are struggling to find a way to stay open. If I forward details to the Leader of the House, will he take that up with the Chancellor, please?

Last week I asked about dentists. Will the right hon. Gentleman follow that up with the Secretary of State for Health and Social Care? It was mentioned in the House on Monday, but we did not get a response. The regulatory body has been checking on personal protective equipment for dentists returning—again, small businesses hoping to help our country return to normal. There is an issue about their PPE. Will he ensure that major PPE companies fast-track the powered air-filtered PPE face masks particular to dentistry? We have not had an answer to that. Dentists could get back to work to protect our constituents, some of whom are having to pull out their own teeth.

I thank the Leader of the House for his response last week on Nazanin and Anoush. It was very helpful. Will he make sure that the Foreign Secretary ensures that all British citizens abroad are able to get consular visits and advice? No one is asking for a fanfare when the ambassador visits, but we want Nazanin, Anoush and Kylie to be visited. At this time, they deserve clemency, and the Leader of the House knows that this is an important day for them. I remind all hon. Members to light a candle for them all today.

Finally, Mr Speaker, it is National Epilepsy Week. I thank you for your statement on Mental Health Awareness Week, which was very helpful. Let us hope that we can all encourage everyone to look out for each other.”