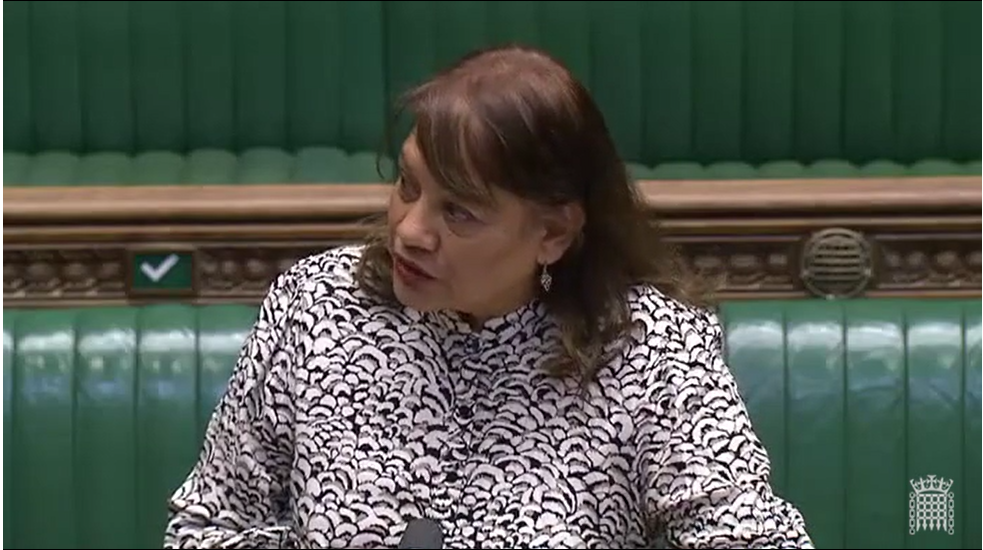 I responded to the Business Statement on Thursday 4 June 2020 following the Leader of the House’s decision to end remote voting and semi-virtual parliamentary proceedings. You can read my full speech below:

“I thank the Leader of the House for the business, and for finding time for the debate on the adoption and children regulations.

There were two pictures of long queues: one was of us in Parliament; the other was outside a furniture store, with better social distancing than we had. When someone gets to the top of one queue, they get a cushion and perhaps some meatballs; with us, someone might even get infected. I notice that the Prime Minister and the Minister for the Cabinet Office were not voting with us all, but the Leader of the Opposition was there. That image of our Parliament is going to live with this Government forever—time wasting, shambolic, breaking the rules, putting people’s lives at risk.

I do not know whether the Leader of the House has seen the notice around Parliament saying, “Avoid crowded areas and don’t move around the estate”, both of which the Leader of the House has ignored when he switched off the hybrid Parliament. His response to my hon. Friend the Member for Brentford and Isleworth (Ruth Cadbury) was to talk about the Chamber, but my hon. Friend was talking about the 400 of us who were waiting in and confined in Westminster Hall. Parliament is a local setting where there is a risk of an outbreak. Those are the Government’s own rules.

The Government are putting the House staff, the Doorkeepers and all of us at risk. They are alarmed that one of the Government’s own Ministers—the Secretary of State for Business, Energy and Industrial Strategy—has now contracted the disease. I was here yesterday evening when he was taken ill, and we wish the right hon. Member for Reading West (Alok Sharma) well.

This is discriminatory towards hon. Members. The Leader of the House has disenfranchised hon. Members. Quite frankly, it is disgraceful and it has brought Parliament ​into disrepute. Our position is that a hybrid virtual Parliament and remote voting should continue, at least until the R level has reduced and the alert level has gone down. Meanwhile, the other place is actually moving towards a digital voting system.

The other big returners this week were the schools. How is that going? Headteachers are saying that it was highly variable. A school had to close because seven teachers had contracted the virus. Could we have a statement next week on what the position is with each of the schools and what the next steps are for them? I saw the Leader of the House chatting with the Secretary of State for Education—actually, they were not social distancing—so perhaps he could encourage him to come to the Chamber next week.

I asked the Leader of the House on Tuesday whether a risk assessment had been undertaken on the effect on black, Asian and minority ethnic staff of their return to work. Has that been done? We now have a Public Health England report that seems to be floating from one Department to another. The Secretary of State for Health and Social Care has passed it to the Secretary of State for International Trade like a hot potato. We heard during the urgent question today that the Cabinet Office will now be taking it forward. My right hon. Friend the Member for Birmingham, Hodge Hill (Liam Byrne) is acting like a responsible mayoral candidate and has set up his own inquiry in the west midlands, where there are concerning figures about the number of BAME people who have died. He is not excluding submissions like the Government have. We need an urgent statement on which Department has responsibility for this report and the terms of reference.

Another inquiry was promised by the Prime Minister. On 26 February, he pledged to the House, in response to my hon. Friend the Member for Jarrow (Kate Osborne), that an independent inquiry into the Horizon IT scandal would be set up. It has left sub-postmasters devastated. They were innocent, and some of them have killed themselves. When will the Government release details of the timetable and the scope of the inquiry?

I do not know whether the Leader of the House has had time to make any further inquiries about Nazanin, Kylie and Anousheh. It is Gabriella’s sixth birthday. I do not think she has had a single birthday where both her parents have been there. All these innocent families are caught up for no reason.

The Leader of the House talks about the accountability of the Government. That is what we would like, so why are responses to written questions coming back saying,

“The information you have requested is not assured to the standard required by ONS for publication and as it would be too costly to do so, we are unable to provide it”?

That is a bit rich, when the chair of the UK Statistics Authority has raised concerns about the Government’s own reporting of testing data, which appears to contain a substantial number of as yet unpublished results, based on statistics for which no citation is available. I suggest that those Members who have contacted me because they have not had a response to their written questions write directly to the Leader of the House, and he will take it up with the appropriate Department.

Finally, I want to say to the staff of this House: I am sorry that the Government put you through the risk on Tuesday, and thank you for all your help and courtesy— ​that goes to everyone, including the Doorkeepers and the Clerks, who were sitting at the Table as we filed past to vote.”