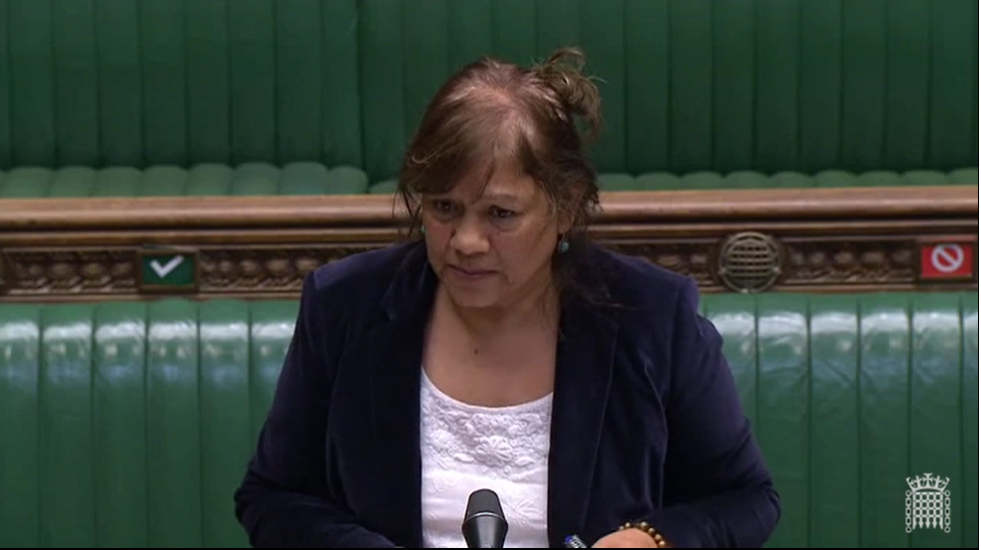 I responded to the Business Statement on Thursday 18 June 2020, opposing Government plans to change Sunday trading laws and merge the Department for International Development into the Foreign Office.

You can read my full speech below:

“I thank the Leader of the House for giving us the business for next week. Let me start by sending my condolences to Dame Vera Lynn’s family and friends. The Queen mentioned some of the songs that we all know: we will all meet again someday.

I thank the Leader of the House for allotting another Opposition day. Obviously, we will be dealing with highly topical subjects. I do not know what we have done to deserve another day, but we may yet force another U-turn, as we did through our “Holidays Without Hunger” campaign. He has not announced the recess dates and it is important for us to know them, as well as details of the business, as we are keen to get on with the legislative programme that he says he wants to get on with. Mention has also been made of a mini-Budget in September, and it will be useful to know when the Session will end—whether it is to be in November or in May.

Can the Leader of the House say when the Intelligence and Security Committee will be set up? It looks as though the Government are either hiding something or incompetent—perhaps it is both.

The Environment Bill is in Committee and is apparently due to report on 25 June. The shadow Environment, Food and Rural Affairs Secretary has said that about 18 sittings have to be completed, so I wonder whether the Leader of the House could enlighten the House on that.

“it’s reign of terror now and, inevitably, reign of error next”.

Those were the words of Tim Montgomerie, lately of the Leader of the House’s parish. It seems that we are already into the reign of error, because shop workers, ​who have worked their socks off, keeping us all in food, and who have been so polite and helpful, may be asked to work extra hours on Sunday—that is cruel. We are opposed to that, and I hope the Leader of the House will do a Marcus Rashford and work with the Opposition to make sure the Government do a U-turn on that. The Union of Shop, Distributive and Allied Workers has just done a survey, finding that 92% of shop workers oppose the move and two thirds of them feel they are under pressure when they are asked to work on a Sunday.

“it is no use a British diplomat one day going in to see the leader of a country and urging him not to cut the head off his opponent and to do something for democracy in his country, if the next day another emanation of the British Government is going to arrive with a cheque for £250 million.”—[Official Report, 16 June 2020; Vol. 677, c. 674.]

That shows that the Prime Minister does not understand international development.

We can look at international development, first, as reparation for former colonialism. It goes to organisations on the ground. It is about education and health, and economic development. It provides support to people in their own countries so that they do not feel that they have to leave their countries to search for a better life somewhere else. Most importantly, it gives people hope and it was the right thing to do. I know that the Foreign Secretary said that we are following Australia and Canada, but we in Britain lead, we do not follow. I want to say thank you to Jan Thompson, the acting high commissioner in India, for bringing back all my stranded constituents. She is a diplomat; she is not dealing with international development. It is diplomats who are involved in freeing Nazanin, freeing Anoosheh and freeing Kylie, who, if reports are correct, has been beaten because she has started a choir. I wonder whether the Leader of the House could find out about that. May we have a statement, not just an urgent question granted by Mr Speaker, from the Secretary of State for the Foreign, Commonwealth and Development Office on exactly how the Department will be set up? This is chaos and incompetence, without any idea for the infrastructure of the machinery of government.

Another machinery of government change was slipped out in a written statement last week. Apparently, border controls are now in the Cabinet Office. It seems that the Chancellor of the Duchy of Lancaster wants to wear a uniform and a cap so that he can count people in and count people out. But, really, are we to have border controls in the Cabinet Office? We need an urgent statement on what that is going to look like.

We see the reign of error again in the chaotic and incompetent policy announcement on racism and the Black Lives Matter movement. The Prime Minister obviously does not trust any of his Ministers to do the work, but for those who cannot remember, it was a ​Labour Government in 1976 who put through the Race Relations Act and the Commission for Racial Equality, which said:

“We work for a just and integrated society, where diversity is valued. We use both persuasion and our powers under the law to give everyone an equal chance to live free from fear, discrimination, prejudice and racism.”

Those of a younger generation who do not think they face racism—it is because we had the Commission for Racial Equality, which changed society.

The Government have to stop dragging the BBC into politics. They know that the over-75s commitment was made by political parties. The BBC has educated, informed and entertained us through this lockdown. The Government must do the right thing in the middle of this crisis and fund the free television licences.

Last week, I missed our Chief Whip’s birthday. I want to put on record his fantastic record. It was on Saturday, the same day as the Queen’s official birthday. He has served five leaders over four decades, and two Prime Ministers, and we thank him for all his work, and also thank Sir Patrick Duffy, formerly of this place, as Member for Colne Valley and for Sheffield, Attercliffe. He is 100. He published his autobiography at 94, and the title is “Growing up Irish in Britain and British in Ireland and in Washington, Moscow, Rome and Sydney”. Sir Patrick, I am sure the whole House wishes you a very happy birthday.