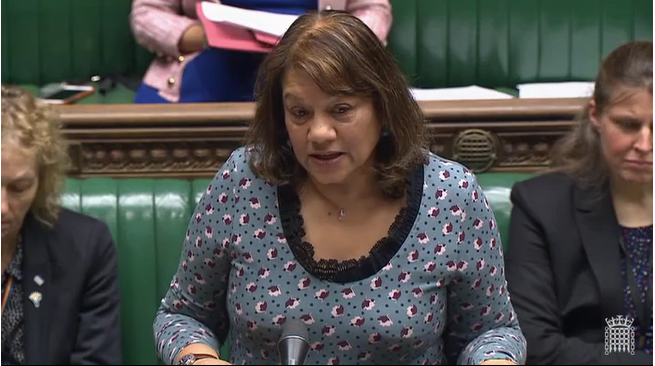 In the week which marked the 755th anniversary of the first de Montfort Parliament, I responded to a Business Statement on Thursday 23rd January 2020.

I do not know if the Leader of the House was in the Chamber when the shadow Secretary of State for International Trade mentioned that the Government might be acting illegally by including Western Sahara in their agreement with Morocco. Under the Constitutional Reform and Governance Act 2010, that agreement will be ratified automatically in 21 days’ time, giving a time limit of 11 February. Could the Leader of the House find Government time—not on an Opposition day—to debate the treaty?

Will the Leader of the House update the House on possible machinery of government changes? We have heard that some Departments may be merged with or immersed in others. I do not know whether it is just another missive from the self-defined “weirdos and misfits” at No. 10, but could he give us some clarity? I assume that Select Committees will continue to parallel Government Departments, but we need some clarity, especially regarding 31 January.

Just as the other place started to debate the European Union (Withdrawal Agreement) Bill, the Government threatened to send it to York—I think they might actually have meant Coventry, but that would have been too obvious—but the Opposition accepted the Lords amendments. The noble Lord Dubs of Battersea, who came here on a Kindertransport and who grew up to make an important contribution, wants to secure the same future for vulnerable children today. Like him, we know that children who have family here can make that contribution, so will the Leader of the House explain why, despite important Government initiatives that protect vulnerable children, such as those on human trafficking, they are leaving those children exposed to violence, overcrowding and danger in camps? The Government is facing two ways: laying a policy before Parliament is not the same as an automatic right. I ask the Government to think again. We are a compassionate country.

Yesterday the Prime Minister said that the Oakervee report will be published in due course. HS2 is about capacity, connectivity and therefore productivity. The Oakervee report has already been leaked, so when will the Government have a debate in their time? Could it be sooner rather than later? Hon. Members want to table amendments and express their views about which part of HS2 needs to be done first.

The Prime Minister banned everyone bar the Chancellor from going to Davos, but even the Chancellor is not clear about Government policy. He said that the Government’s first priority was to get a trade deal with the EU, despite already having started work on an agreement with the United States – so which is it?

The Chancellor also said that “Britain is better off in”, and that the single market is “a great invention, one that even Lady Thatcher campaigned enthusiastically to create…with no barriers, no tariffs and no local legislation to worry about.”

The Government have signed up to the Paris agreement, so perhaps we could have a debate on how to negotiate with the Government of the United States, who have not signed up to it. Would the Leader of the House schedule a debate or a statement so that we can get some clarity on that?

We have heard that the Prime Minister will be meeting Richard Ratcliffe and other families. The Leader of the House will be aware that the British-Australian hostage Kylie Moore-Gilbert has been asked to be a spy by the Iranian Government in return for her release. She is in the same prison as Nazanin Zaghari-Ratcliffe and Anousheh Ashouri, among others. Will the Leader of the House confirm that the Prime Minister will be meeting those families, and that he will be leaving the negotiations to the diplomatic service? We want these innocent people released as soon as possible.

On a happier note, 20 January was the 755th anniversary of the de Montfort Parliament, where representatives of towns and shires got together here to discuss matters of national importance. We first sat in 1265, and hopefully will continue to sit and will not be abolished.

Sadly, we lost Terry Jones. For some of us, he provided the soundtrack to our lives in those wonderful “Monty Python’s Flying Circus” sketches, some of which I used to repeat in the playground. It was one of those great programmes that the BBC does so well, and we hope it will have the freedom to produce such programmes again. Terry Jones may have had a message for both sides of this House. For the Government, “He’s not the messiah. He’s a very naughty boy!” And for the Opposition, “Always Look on the Bright Side of Life”.