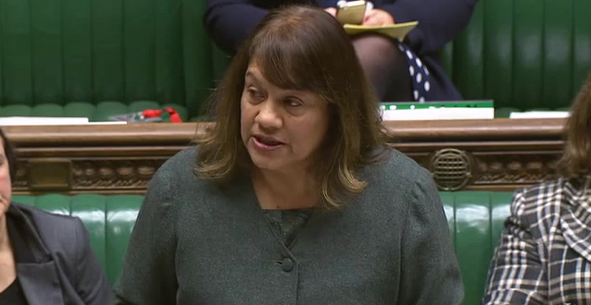 I responded to a motion in the House of Commons on Monday 7 January 2019 to approve the Committee on Standards report ‘Implications of the Dame Laura Cox report for the House’s standards system: Initial proposals’ and to agree changes to Standing Orders and to the Guide to the Rules relating to the Conduct of Members. The motion was agreed to.

I thank the Leader of the House for moving the motion. I should also like to thank the Committee on Standards for its work on ​producing the report. I want to speak to the motion, and also to touch on the amendment tabled by the hon. Member for Carlisle (John Stevenson). This is a short report, but at its heart lies a constitutional issue that warrants consideration. I note from the inside cover of the report that the Law Officers are entitled to attend the Committee although they are not entitled to vote. I want to place on record my thanks to the shadow Solicitor General, my hon. Friend the Member for Torfaen (Nick Thomas-Symonds), for his helpful discussions.

Before I move on to the specific proposals and questions, I also want to thank Dame Laura Cox for the time that she has given to this inquiry and for producing a wide-ranging report in the given timeframe. I also want to reiterate part of the statement from the House of Commons Commission, which is set out in paragraph 4 of the report: “The scale of the problem and depth of hurt caused is beyond dispute.”

The Commission went on to state: “The staff of the House of Commons are essential to the functioning of democracy. We deeply regret that their diligence has at times been so poorly repaid, and that it has taken so long for us to recognise what must be done.”

The Committee’s report then states: “We, like the Commission…commit ourselves to contributing to putting things right.”

I want to add that the House staff and other people working in this great place need to know that they are valued, and I hope that they do.

Paragraph 5 of the report states: “The functions of the Committee on Standards and of the House of Commons Commission are different, but with some degree of overlap.”

I agree that the functions are different, but I am unclear as to how they overlap. They have completely separate roles. The House of Commons Commission has elected representatives from different parties, and I am definitely not aware of any overlap. I would not want to give the impression that there was any interference in the work of the Commissioner or of the Committee. Nor does the Commission have any say over the work of the Committee. In paragraph 6, the Committee states that it chose to speak to only one elected representative, the Leader of the House. Was she aware of any discussions taking place with anyone else? Were any other experts consulted?

I want to deal with two other issues before I come on to the question of voting. First, if the Commissioner feels that she should refer matters to the police in a criminal matter, she is bound to do that. She should not have to ask anyone’s permission to do so. Secondly, receiving complaints by email will bring the process up to date, and I am sure everyone would agree that as long as we maintain the principle that any statement or complaint must be signed, it can be sent off by email.

The main proposal concerns voting rights for lay members, which Dame Laura Cox suggested in her report. This has been considered for some time but, as the Committee said, the matter now needs decisive and immediate action. A Committee of the House is covered by privilege, which is defined in article 9 of the Bill of Rights Act 1689 as relating to Members only. However, ​giving lay members a vote would change the nature of the Select Committee. As Dame Laura Cox has pointed out in paragraph 380, “all the difficulties inherent in the process would not be alleviated by the giving of full votes to lay members, which will in any event require primary legislation”.

It is arguable that privilege would extend to lay members. Lord Nicholls, giving written evidence to the Procedure Committee in 2011, said that if all members of a Committee were undertaking the work of that Committee, he would expect privilege to extend to all members. Unless they are covered by privilege, this could leave lay members exposed to challenge, and however slight the risk, that cannot be right. There are two different views on this, and the only way to make this clear is through legislation, as Dame Laura Cox and the Committee’s report have said. It is not clear when the Government will bring forward the legislation to protect the lay members, so will the Leader of the House tell us when they will do so? Will she also confirm that advice has been taken on the risk to lay members of judicial review, and will she publish it? Lay members have to be protected.

In paragraph 44 of the report, the Committee states: “The advice we have received is that, procedurally speaking, the House has the power, if it chooses, to confer voting rights on lay members”.

May I ask who that advice was sought from? Was it given on procedural rules or on a constitutional point? Has parliamentary counsel been consulted? Members and lay members need to be reassured. Once they receive that protection, lay members should, as recommended by the Committee, be allowed to move motions and amendments and vote. Their indicative votes are recorded now, so that would be a logical next step.

Everyone who works in Parliament will be concerned by the recent case in the House of Lords. The task was delegated to a Committee, which looked at the case under a fair procedure. The House of Lords, which is of course different, is however looking at including lay members on its sub-committee, albeit in a minority.

This proposal deals with the process at the end, but we must also ensure that Members and staff are reassured that the process is fair from start to finish and does not leave any person feeling that they have not had a fair hearing or that an injustice has been done, and that the recommendations of the Cox report are progressed without delay. I know that the Commons executive team is dealing with that. However, it does raise a constitutional question as to how to preserve the independence of the process while balancing it against the doctrine of exclusive cognisance. Some Members may want to hear the Leader of the House’s view before they vote, so will she reassure us on that point?

Finally, I thank the Committee on Standards again for its work. We must all play our part in ensuring that our new procedures are robust, fair and effective to protect everyone working and visiting Parliament.