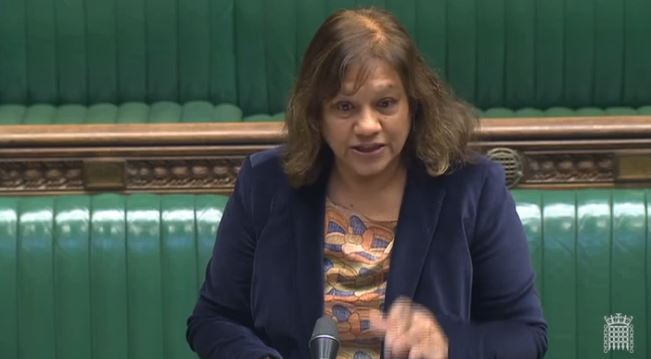 At the general debate on proxy voting on Thursday 13 September 2018, I responded to the Leader of the House and closed the debate on behalf of the Opposition. Below is my speech in full:

Following the breakdown of the pairing system on 17 July, Mr Speaker, you said during the urgent question on proxy voting that “there is concern about a potentially endless debate”, and that “people would not want…procrastination.” I am not sure what the Leader of the House was actually saying—whether she is going to take further evidence or is going to ask the Procedure Committee to look at this issue again. I cannot see how, other than through this debate, she is going to be informed as to what the procedure will be. Is it going to a be a formal committee, or is it not? They are very fine, warm words, but what we want now is action, because I had understood that everyone had agreed on the principle. Labour’s business managers have tried to discuss this with the Government; they have offered to meet to resolve it. Babies will have been born and grown up, gone to school, left school and probably gone to university before the Government finally agree on proxy voting.

I, too, want to move the debate forward. It is important to do that, because I had understood that we had all agreed on the principle of proxy voting, yet this motion seems to be narrow in merely discussing proxy voting in general. I want to focus on the process of how we could take this issue forward. I thank the Procedure Committee—its Chair and other members are here—for its diligence in undertaking the inquiry to ensure that this issue does not go away. The Committee reported on 9 May. In the meantime, hon. Members such as my hon. Friends the Members for Lancaster and Fleetwood (Cat Smith) and for North West Durham (Laura Pidcock) and the hon. Member for East Dunbartonshire (Jo Swinson) have all recently given birth. My hon. Friend the Member for Halifax (Holly Lynch) is about to give birth, and my hon. Friend the Member for Hampstead and Kilburn (Tulip Siddiq) is also pregnant. We want to act quickly.

The Leader of the House is right: hon. Members are not employees; we are here to represent our constituents, and our work in this place is undertaken in the Chamber, on Select Committees, on taskforces, in other Committees, and in our constituencies. This relates to the narrow principle of those giving birth who, for whatever reason, are unable to be physically present in the Chamber but are not incapacitated by illness or away on an official visit. We are not referring to a natural process as an incapacity, but one where the needs of a child are paramount, and the parent needs flexibility. Added to that, our hours are not normal working hours. Business managers were able to support women when they needed to be away, and were able to agree some concessions, but now, in a 21st-century Parliament, hon. Members consider that this should become a right.

My hon. Friend has eloquently put his case for being called early to speak, so that he can get back to his family. I recall when he came down to vote with Bobby in his arms, who had just been born. It is great to see a hands-on dad. A lot of men nowadays are hands-on dads who want to be part of their children’s upbringing.

We are now in a 21st-century Parliament, and we need a 21st-century solution. I get the flavour that the principle is more or less agreed by most Members, which is why I want to touch on the process, because that will inform the debate as to whether this modern practice is workable.

I know that there has been a great deal of discussion behind the scenes to come up with a workable solution. The Leader of the House touched on the process known as “nodding through”, which means that in specific circumstances where a Member is ill or infirm but is on the estate, they are verified as being that person by representatives of the Whips, so that they do not have to pass through the Lobby. That arrangement is in place because a Member may be physically unable to walk through the estate, but it may not apply to what we are talking about today, which is Members who are not here and cannot be here because they are about to give birth or need to be with their children.

I have read the note of the Clerk of the House and thank him for setting out the important point that there should be transparency in the voting process, as suggested in the Procedure Committee’s report. Members who have given birth and are unable to vote have faced a torrent of abuse for poor voting records, so we need to do something. It may not be possible to agree slipping or pairing arrangements, as the smaller parties may not be able to do so.

Incorporating the principle with the need for a record of Members not being present and Members being able to cast their vote in a transparent way could be undertaken in the following way. A representative of all the parties could meet you, Mr Speaker, when necessary to agree in a memorandum of understanding the names of Members who want to exercise a proxy vote for a duration. It would then be up to the House to agree how long that would be for after the expected date of delivery, and the agreed list would be presented to the Clerks in the normal way in the voting Lobby. The Procedure Committee suggested that there could be a sign near the name of ​the Member, with the name of the proxy. After the normal vote is recorded, a list could be added for the Ayes and Noes with the words “and by proxy”. The names of the Members who had exercised this right would then be in the official record. Alternatively, Mr Speaker, you could read out a list, as you do when naming the Tellers, of the people voting by proxy. That would then be in the record, and it would be necessary to say whether people had voted Aye or Noe.

There are a number of ways of listening to a debate now. Parliament’s 24-hour channel enables Members who are with their babies to continue to be part of the House and do their duty on behalf of their constituents, as the debate can still inform their vote, while balancing that with family life. As we all know, babies wait for no one, and rightly, we must put them first. With proxy voting exercised in a transparent way, Members can still fulfil their duties to their constituents at times when they cannot be present in this specific way, but their voice and that of their constituents can still be heard in Parliament.”

Below is my closure speech:

“With the leave of the House, Mr Speaker, I will wind up on behalf of the Opposition.

I know that you have been here since 9.30 am, Mr Speaker, so you must be slightly frustrated. I am pleased to see that you have had a break, although I know you have great stamina. I start by paying tribute to you, because you must be frustrated in another sense, as you commissioned the “Good Parliament” report. That report flagged proxy voting, not least because the Parliaments of Australia and New Zealand have this process —the two processes work in slightly different ways, but they do work.

The Prime Minister of New Zealand has just given birth. She is also facing the criticism that women have to face nowadays, but she has had the support of the people of New Zealand, who said, “Our Prime Minister looks like us. She does the things that we do. She has had a baby and is balancing her working life with her family life.”

What can I say about my right hon. and learned Friend the Member for Camberwell and Peckham (Ms Harman), other than that she has driven this issue forward, and she did so way before 1 February? I am sure that she, too, will want to see quick progress. As she said, we are ready to roll.

The hon. Member for Boston and Skegness (Matt Warman) made an important contribution. He knows that, throughout the years, we have been covered by pairing and nodding through, and proxy voting is a much more up-to-date and much more formalised system.

I remember how my hon. Friend the Member for Wolverhampton North East (Emma Reynolds) was vilified and how, as she was sitting here during the previous debate on this issue, TheyWorkForYou decided to change its mind on the policy—and rightly so. All credit to her for going through an election at a very difficult time. She is my constituency neighbour, and we all felt for her.​

The hon. Members for North Ayrshire and Arran (Patricia Gibson) and for Chelmsford (Vicky Ford), and my hon. Friends the Members for Lewisham West and Penge (Ellie Reeves) and for Ellesmere Port and Neston (Justin Madders), all made important contributions.

We are a modern Parliament, and we are up to date in certain aspects. That will continue but, as the Leader of the House and I have both said, we are not employees. We have different ways of working.

I wish the hon. Member for Glasgow East and his wife all the very best at this exciting time. We should all be with our newborn children—it really is a wonderful time. I am sure that his wife will be in very good hands, and mothers do need to take that extra time after having a C-section. You do need to be on hand; I am afraid that you will have to do all the heavy lifting—[Laughter.] Sorry, Mr Speaker; I mean the hon. Member for Glasgow East will have to do the heavy lifting, not you. I hope you are not going to be there. You have a job to do here, and we need you.

The Leader of the House said that she wants to take more evidence on unintended consequences and the various other issues that she outlined. Who will take that evidence? Is it a question of Members writing to her? Is she going to refer anything to the Procedure Committee for further inquiry? How long will the process take? What is the timeframe within which we can expect a substantive motion?

Finally, I wish to recognise that the hon. Member for East Dunbartonshire has returned to the Chamber with baby Gabriel, who is asleep—I hope that that is not because of my speech. Perhaps we should all be quiet.

I wish to work with the Leader of the House, as do, I am sure, all our business managers. We have to get this right—and soon.”