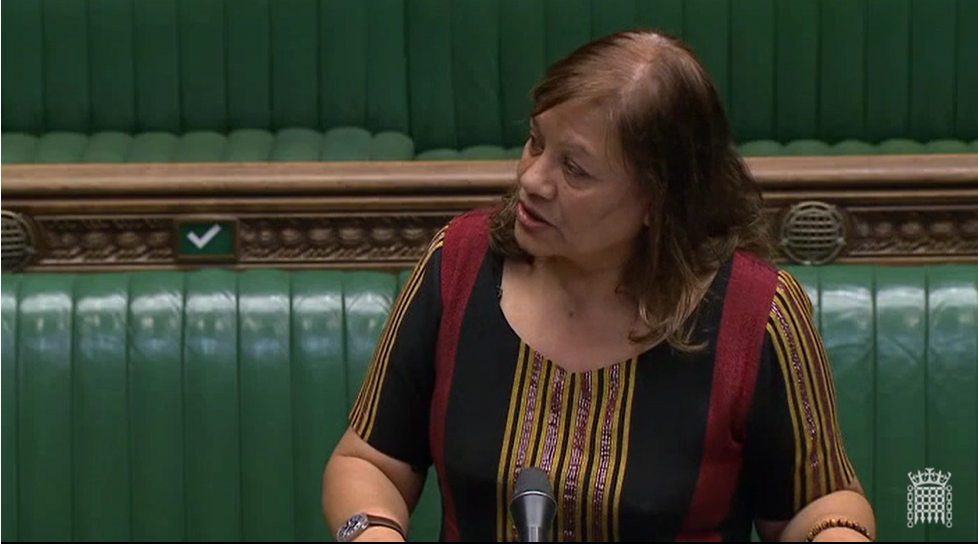 On Monday 8 June 2020 I responded to an emergency debate held in Parliament on House business during the pandemic, under the rules of Standing Order No. 24 (SO24). SO24 is a rule that allows an MP to ask the Speaker to allow time for an emergency debate on a particular topic. You can read my full speech below:

“I thank the right hon. Member for Orkney and Shetland (Mr Carmichael) for applying for the Standing Order No. 24 debate, and I thank the Speaker for granting it. It is important, because we are trying to persuade the Leader of the House that he is wrong. We need to restore a way for all right hon. and hon. Members to participate as equals, instead of having a two-tier or two-class membership of this Parliament.

I want to address some of the arguments, myths and legends that the Leader of the House has perpetuated. Myth No. 1—he said that we have more effective scrutiny by being here. We are in the middle of a pandemic, and we can have only 50 Members in the Chamber. We had effective scrutiny, where every Member could take part in the same way: by applying for and being called to ask questions, and by being called to speak in a debate.

Myth No. 2—the Leader of the House said that we were returning safely. There were 400 in the Division queue, queueing for hours. That is not the same as ​queueing for food. Actually, it has never taken me 45 minutes to queue for food, but it has taken us longer than that to vote.

Myth No. 3—the House does not work effectively on behalf of our constituents. I say it again, and I am glad to see that the Leader of the House has conceded this: we do, and we are. Whether it concerns constituents stranded abroad, furloughing or businesses, we have been working here, and we have debated and voted like we always do.

Myth No. 4—line-by-line scrutiny of Bills. We are in the middle of a pandemic, and we have only just set up this system. Our House staff have done a fantastic job to get us into the position of being able to take part in debates and vote remotely. By the way, all Select Committees have been able to participate in Zoom rooms. We could still have Bill Committees doing that.

Myth No. 5—we arranged only business that would be non-contentious. Yes, we all agreed, because we were in the middle of a pandemic. It was agreed by all parties to allow the system to get up and running and so that the staff who worked overtime on the new system would be able to get it into place.

Myth No. 6—time limits on scrutiny. There have always been time limits on scrutiny. If the Leader of the House really wants scrutiny, why have the weekend press conferences been cancelled? What steps is he taking to ensure that all written questions are replied to in an appropriate way? That is a tool for scrutinising the Government.

Myth No. 7—no one is banned. Yes, we are. If someone physically cannot get here or wants to protect people, whoever it may be—even strangers on a train—they cannot vote. The Leader of the House said that the measures were temporary. Yes, they are temporary measures while this pandemic is in progress. I am not sure whether he has read the accounts that were published in the newspapers at the weekend of members of the public who are still trying to recover from the disease, but he should do so. We know that the R number has increased in the north-west. The Leader of the House, the hon. Member for Edinburgh East (Tommy Sheppard) and I have worked together and signed motions to enable business to take place, until the Leader of the house dictatorially decided to end it.

Myth No. 8—it might take a bit longer. Previously we voted in 15 minutes, so that was an understatement—it took 45 minutes, or nearly an hour. Will the right hon. Gentleman update the House, perhaps by placing a letter in the Library, on how long the votes took from the start to the announcement of the results. I would like to know that, because the way we voted on Tuesday was not in the interests of Parliament or our constituents.

Myth No. 9—getting it done. The Leader of the House referred to 216 hours of parliamentary legislation. This is not normal—we are not in normal times. It is not normal for people to be working from home and educating their children. We were only back for three days during the height of the pandemic. It is changing now. It is not normal for there to be excess deaths in care homes, and that has not even been addressed.

Myth No. 10—on the system clogging up so that we cannot pass Bills. I do not know where the Leader of the House was, but we voted on the Agriculture Bill and the Trade Bill, and those went through.​

Myth No. 11—we need to vote in person. We were all voting individually, on our phones. I was able to sit here while other hon. Members were able to vote somewhere else, but everyone took part equally.

Myth No. 12—we have complied with social distancing. We did not. Anybody who saw the way we stood in that queue on Tuesday knew that we did not, and the Leader of the House did not do that himself either. I know because I was watching from the top of the steps in Westminster Hall.

Myth No. 13—there is no accountability unless we are here in person. The Leader of the House then said that the Liaison Committee, which was done in a virtual proceeding, was successful. Every time the Chair of a Select Committee tried to question the Prime Minister and he did not want to answer, they were interrupted and told, “Move on, move on.” That is not accountability.

Myth No. 14—let me take on the Leader of the House’s point about interventions. Those are not a right; it is just a parliamentary tradition. It is up to the Member to allow interventions. Obviously, he was trying to prove his point, so many Government Members tried to intervene, but parliamentary tradition changes, as he knows—just as we do not wear top hats when we make points of order, and just as women are now allowed on the Floor of the Chamber, when previously, we were up there.

Myth No. 15—the Leader of the House said, “Let’s listen to what comes forth from the Procedure Committee”, yet he completely ignores the fact that the Procedure Committee are now undertaking a consultation on proxy voting. That is exactly why we have these Committees of the House—so that we do not make all these new rules and procedures on the hoof. We listen to people and we make sure that it works, just as we have done on its previous, very timely reports, which have informed debates in the House.

Myth No. 16—we have a duty to the country and voters to fulfil both our collective constitutional function and our individual roles. Why is he denying other right hon. and hon. Members their right to vote without a sick note? I am sure that the Leader of the House will have seen the letter that the right hon. Member for Orkney and Shetland referred to in The Times—I am sure the Leader of the House reads The Times; his father used to edit it—from the University College London Constitution Unit. It also said that Members are being denied their constitutional right. As my right hon. Friend the Member for Barking (Dame Margaret Hodge) said in a tweet—this was very timely—she has been disenfranchised from voting for her own disenfranchisement.

The Leader of the House has created a two-class membership of Members. He has driven away the right of everyone to take part. He has exposed the personal circumstances of right hon. and hon. Members. We have a duty to stop the deaths. We have a duty to keep people safe. Going back to the hybrid system, with remote voting, is the right thing to do for hon. Members and our constituents.”