HomeNewsValerie responds to motion on an Independent Complaints and Grievance Scheme

Valerie responds to motion on an Independent Complaints and Grievance Scheme 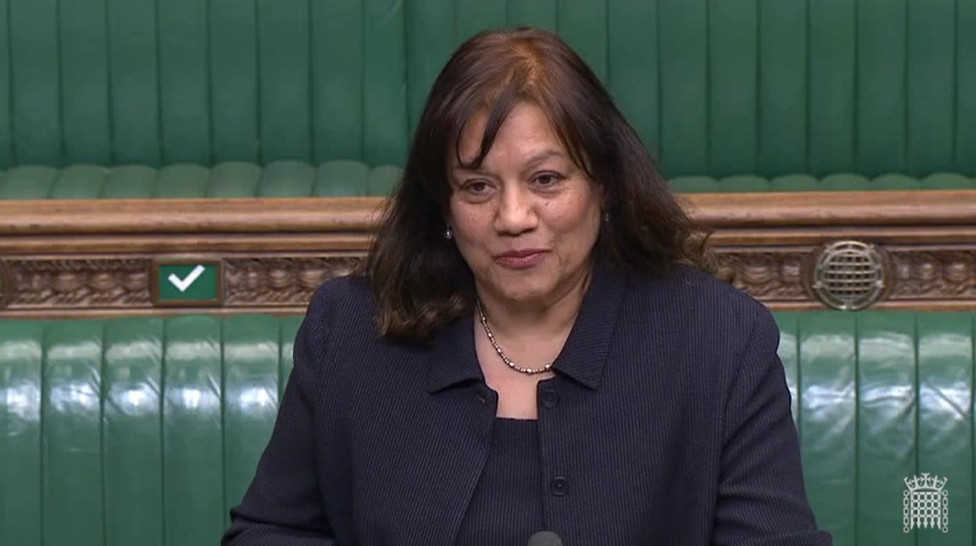 On Tuesday 23 June 2020, I responded to a motion which handed complaints of harassment, bullying or sexual harassment against anyone who is or was in the parliamentary community to an independent process. This was a key recommendation of the report by Dame Laura Cox QC on The Bullying and Harassment of House of Commons Staff. You can read my full speech below:

“I thank the Leader of the House for bringing the motions to the House today.

I want to start by thanking all the staff for their work on the independent complaints and grievance scheme, which is a testament to them all and to their hard work: they were working to tight deadlines in addition to their own work.

At the start of the process, it was about serious cases of sexual misconduct; it was then extended to bullying and harassment. We are now at the stage where there is a behaviour code. We have Valuing Others training in place, and I hope that all right hon. and hon. Members have signed up. I am not quite sure what is happening now, with covid—whether the training can be undertaken online or whether it is still going on.

I have mentioned numerous times at the meetings that we also need to have racial awareness training. Now that the Black Lives Matter movement is becoming centre-stage, I think that it should be an important addition to that training. The Leader of the Opposition has instructed everybody from the shadow Cabinet to undertake unconscious bias training. He has given us a deadline to do that, and the same should apply to the House.

Motion 4 confirms our commitment to the ICGS. It is worth hon. Members reading the ICGS annual report, which covers its first year and ends in June 2019. It was undertaken by Lee Bridges, the senior responsible owner. He and his staff have done a fantastic amount of work to ensure that the scheme is in place, and we owe them a great debt. The next report is due in October. Alison Stanley undertook a six-month review, and she has come up with recommendations. It would be helpful if the Leader of the House could set them out in a grid and tell us when Ms Stanley is likely to conduct the 18-month review, which I think is due in June.

I am concerned about the changes to the helplines, because I notice on the intranet that the two helplines have merged. The view when they were set up was that particularly for those who had experienced sexual misconduct, a specialist was required in the first instance so that the first person they spoke to could deal with them and they did not have to tell their story over and over again. I hope that that has not changed.

The other motions deal with setting up the panels, and that is about the end of the process. As the Leader of the House has said, and as we have discussed, the panels should have a level of judicial experience. They will set their own rules and processes, and it is important that transparency applies and everyone knows the rules.

The House can, by resolution, decide how it wants to conduct its business, and the House has decided, for the reasons that the Leader of the House has set out, that this is extremely urgent. We are trying to say that if the process is transparent and fair, and if the rules of natural justice apply from the start to the end of the process, there should be confidence in it. Let me explain what that means. Both parties to the dispute should be heard, the hearing should be a fair one and the Human Rights Act should be engaged. The point is that the panel at the end has the expertise to look at that. The Leader of the House is right to say that this is a big moment for the House because it is letting go of a process, but that can be done within our constitutional settlement.

I encourage hon. Members to support the amendment that has been selected, in the name of my hon. Friend the Member for Rhondda (Chris Bryant). I understand that on motion 6, the Leader of the House tried to come to a compromise. I thank him for trying to ensure that the name of the complainant and the details and findings of the investigation cannot be called into question, but I do not think that that will give those who use the system confidence that their case will be heard confidentially. I will come on to that.

Max Freedman, the chair of Unite, representing staff of MPs, and Georgine Kester, from the Members’ and Peers’ Staff Association—both have vast experience of dealing with cases and with other people in the community—have said that there should be no debate. They, too, have been at the meetings of the ICGS, and they have had tremendous input over the years. I thank them for their work. I have been, as has the Leader of the House, contacted by a complainant in what I would describe as a completely horrific case. The complainant said:

“I do not want this serious case”—

I will not say what it is, but it is very serious—

If complainants feel that that will happen if the report is debated, they will not come forward, because they will be too scared. There cannot and must not be a re-hearing of the case, nor should complainants be identified in any way by association when a report is discussed. This is a confidential process from the start until the end. Having no debate would mean that that confidential process is preserved.

I ask hon. Members to put themselves in the shoes of the complainant: what would they expect of the process? This way, we can give a voice to the voiceless and those voices can be heard. The House has made huge attempts to change the culture, starting with the respect policy. There have been various discussions about how the bars operate and about changing the drinking culture. I hope we will look at unconscious bias and racism and awareness training.