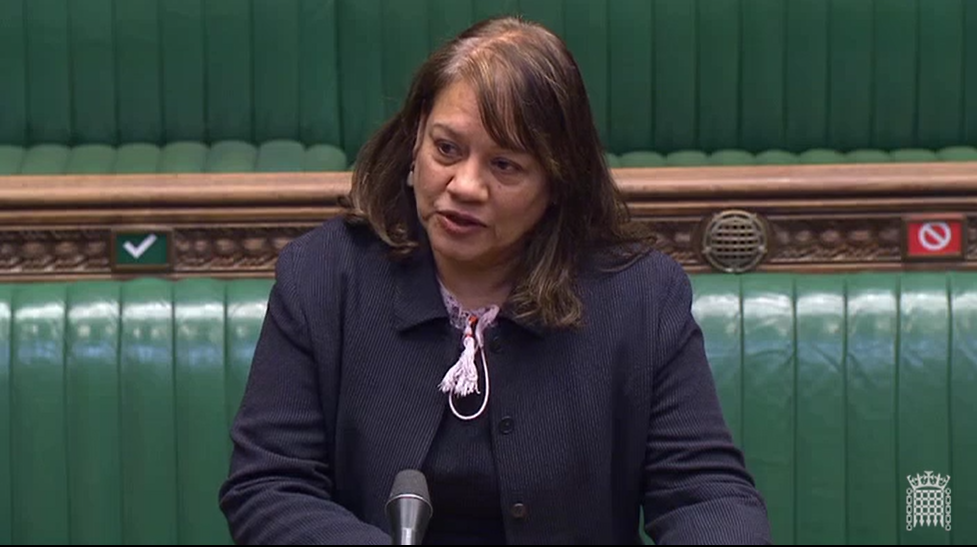 I responded to the Government’s motion on remote voting on Wednesday 22 April 2020. Parliament agreed to allow remote voting for the first time ever – although the way in which this would be conducted has yet to be agreed and no votes are expected until it has been. You can read my full speech below:

“Circumstances are unusual and the House is moving as fast as it can, but whatever happens, we have to make sure that—the Commission had this discussion—any remote voting is secure, and that everyone is satisfied that any remote working is secure. The optics of votes going wrong is not where we want to be, and it is certainly not the vision of the House we want to present.

“I thank the right hon. Lady (Karen Bradley). She is absolutely right: most of us have been pinned to our computers trying to get constituents back, and trying to help them to work out whether they have lost their job. She is right that we have been working incredibly hard. However, as with everything when there is legislation—only the substantive hybrid proceedings will involve a vote—it is right that it will be the business of the House that will be for Members to focus on. Hopefully it will be a bit more than just standing by the telephone. As I said, I have not had the run-through and I would certainly like it.​

“There are other ways of voting, which hon. Members may not like. In the Welsh Assembly, they actually have a roll call. That is one way of doing it. On the subject of the Whips, we will miss the cheeky face of my right hon. Friend the Member for Alyn and Deeside (Mark Tami) guiding us in. Maybe he can pop up on the computer. That human interaction is very important, but the key thing, as we have all said, is that that is the way the House operated; we have to move to a new position now because of the pandemic, to keep Members safe. Any way that we can do that remotely, keeping everyone safe while ensuring that House staff are also safe and that the voting is secure, is very important. We know that we have the technology to do that, because people do it for the Eurovision song contest.

“I am not sure that the Leader of the House wants to hear this, but I think the European Parliament also operates some kind of remote electronic voting. Perhaps we will not go there, given that it has the word “Europe” in it, which has been expunged from our parliamentary vocabulary.

“I thank the right hon. Member for Staffordshire Moorlands (Karen Bradley). She and her Committee do an assiduous job. We have all appeared before it and, quite rightly, been given a hard time. Her predecessor did that too. Her Majesty’s Opposition support the motion as set out by the Leader of the House.”