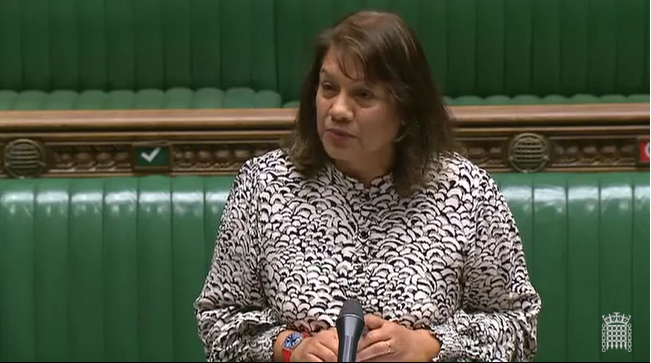 On Wednesday 23 September 2020, I responded to two motions relating to proxy voting. The first of these motions made provision for proxy voting for parental absence in the standing orders of the House. The second motion extended proxy voting to Members for public health reasons relating to the coronavirus pandemic. You can read my full speech below:

“I will address both motions in my response. I thank the Leader of the House for tabling them, and a special thank you to the Chair of the Procedure Committee and its members. They have worked incredibly hard to get many reports out in double-quick time, so that we can continue with this.

The Committee’s report is the fourth of the Session and was published on 10 September, but the launch of the first inquiry seems a long time ago, after the House resolved on 1 February 2018:

“That this House believes that it would be to the benefit of the functioning of parliamentary democracy that honourable Members who have had a baby or adopted a child should for a period of time be entitled, but not required, to discharge their responsibilities to vote in this House by proxy.”

We have had a number of debates and, as I set out from the Dispatch Box on 18 July 2018, 13 September 2018 and 22 January 2019, Her Majesty’s Opposition, the Labour party, support the principle of proxy voting for parental absence. I am not sure when baby Sixtus was born and whether the Leader of the House indulged in proxy voting at the time.

The motion provides for the new Standing Order for voting by proxy for parental absence. It is not temporary or time-limited. It accepts the Procedure Committee’s recommendation that

“provision for proxy voting for parental absence be made in the standing orders of the House”.

The new Standing Order makes a number of amendments to the original proxy scheme, allowing proxy voting for the Chair of the Backbench Business Committee, in addition to the others. It removes the provision for the exercise of a proxy vote for Members who have suffered a miscarriage, quite rightly replacing the wording with

“in circumstances where there have been complications relating to childbirth”,

which may include postnatal depression. It removes the restriction on proxy voting in a Division

if we want to vote for an early general election, we may do so by proxy. Those were all recommended by the Procedure Committee in its report.

In the proposed Standing Order, the certification process touched on by the Leader of the House becomes the responsibility of the Speaker alone. The Procedure Committee’s report found:

“The requirement to produce certificates of pregnancy or adoption to demonstrate eligibility for a proxy vote has proved onerous.”

The Committee suggested that such certificates were “unnecessary”, which I also suggested during the debates—people do not have to prove that they are pregnant or ​having a baby. It is up to the Speaker to decide whether to remove the certification process. I agree with that recommendation.

I was to provide evidence to the Procedure Committee in March, but the pandemic set in and I was unable to do so. It was arranged for 15 July, but I think the evidence was incorporated into the Committee’s other report, “Procedure under coronavirus restrictions”. As a result, the evidence was not included in this report, but I know that the written evidence is on the website. I hope it was taken into account. I have to pay tribute to the Clerk of the Committee, who has been assiduous. I have known him from other Committees, and my thanks go to him.

Turning to proxy voting during the pandemic, the second motion amends the Standing Order on voting by proxy to allow proxy votes

“for medical or public health reasons relating to the pandemic”

The Procedure Committee report found that

“the system of remote voting used in May was a more effective means of handling divisions in the House under conditions where the division lobbies could not be used in the traditional way and where a large number of Members were unable to attend for public health reasons.”

Her Majesty’s Opposition put that in our written evidence for the Committee on 9 July 2020, when we said:

“The electronic remote voting system was a practical and necessary measure which allowed Parliament to continue in unprecedented circumstances during the pandemic. The decision to end electronic voting on 2 June 2020 was”—

“undertaken without consultation or consideration of Members”,

or of their democratic accountability. It was replaced by the proxy voting system, which was clearly inferior to the safe and efficient remote voting system that did not fail once.

In its report, the Procedure Committee found that the current system of proxy voting for coronavirus absences

“is barely adequate, is potentially unreliable and imposes disproportionate administrative burdens on staff.”

In my oral evidence to the Procedure Committee on 21 July, I recommended the reinstatement of electronic remote voting for those Members who are unable to attend the parliamentary estate in person for public health reasons related to the pandemic. That is key: a pandemic is going on. I am delighted that the Procedure Committee also took that view, and it is unfortunate that the Leader of the House has chosen not to implement the recommendations.

Members are still unable to take part in debates on primary legislation, and can participate virtually only in questions, urgent questions and statements. I do not know whether the Leader of the House is aware that the Petitions Committee had a debate with people taking part even while shielding. We know that can work, and I hope he will look at that. As we enter a new phase of coronavirus restrictions with rising infection rates, Parliament needs a safe, functional remote system.

Many right hon. and hon. Members have told me that they are disenfranchised because they cannot take part, particularly in recent important legislation such as the Internal Market Bill. They cannot tell the House what is happening in their constituency if they are unable to be here for public health reasons. We need a functional remote voting system that ensures fair representation and allows all right hon. and hon. Members to do their democratic duty. We in Her Majesty’s Opposition support the motion.”