HomeNewsValerie responds to motions relating to membership of the House of Commons Members’ Fund, Electoral Commission and the Local Government Boundary Commission for England

Valerie responds to motions relating to membership of the House of Commons Members’ Fund, Electoral Commission and the Local Government Boundary Commission for England 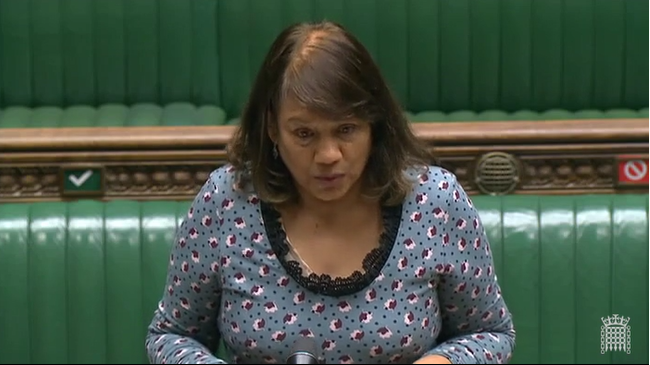 On Monday 7 September 2020, I responded to three motions to appoint two Trustees of the House of Commons Members’ Fund, to reappoint an Electoral Commission and reappoint the Chair of the Local Government Boundary Commission for England.

Responding to the first motion relating to membership of the House of Commons Members’ Fund, I said:

“May I start by paying tribute to Anne Main, the former Member for St Albans, who was part of the Members’ Fund? I thank the hon. Member for Pudsey (Stuart Andrew) and my right hon. Friend the Member for Tynemouth (Sir Alan Campbell) for agreeing to serve. I am sure that they will both do a very good job.”

I responded to the reappointment of Alasdair Morgan to the Electoral Commission:

“I thank the Speaker’s Committee on the Electoral Commission for its third report. I wish Alasdair Morgan all good wishes for his work and thank him for serving on the Committee.”

Finally, I supported a third motion reappointing the Chair of the Local Government Boundary Commission for England:

“I thank the Speaker’s Committee on the Electoral Commission for its second report. Professor Colin Mellors was appointed chair of the Local Government Boundary Commission for England on 1 January. His current term of office began then and comes to an end on 31 December. I think it would be helpful for the House to hear exactly what the Speaker’s Committee said about Professor Mellors:

“Together, the responses gave us a positive impression of the way Professor Mellors had carried out the role. They suggested that he had taken an open and inclusive approach to chairing the Commission, that he had effectively maintained the Commission’s independence, impartiality and credibility, and that he had brought to the role a strong understanding of the local government sector and the wider policy context.”

The Committee also heard that Professor Mellors had ensured the Commission’s finances were carefully scrutinised to enable it to deliver value for money.