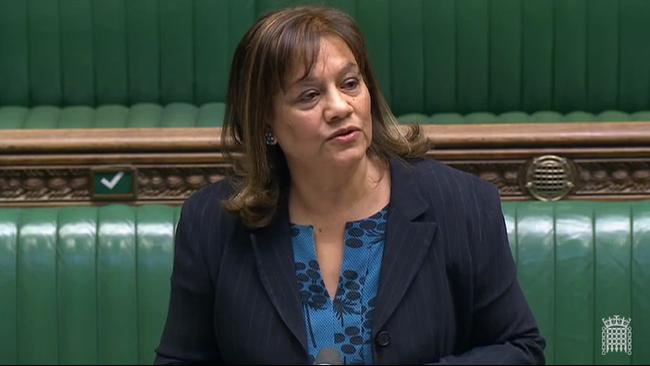 During Business Questions on Thursday 15 October 2020, I criticised the Government’s misuse of public money and called for the reinstatement of a hybrid Parliament and remote voting. You can read my full speech below:

“I thank the Leader of the House for the business. I note that it appears from the House of Commons Twitter account that we have not had any votes in the House. He mentioned last week the need for impartiality, but I point him to the “MPs’ Guide to Procedure”, that really handy book, which says that an explanatory statement must

“objectively describe the effect of the amendment”,

so all the Twitter account is doing—the House account; it says it in the name—is using the same words that for centuries have been drafted independently by House authorities and Clerks: the name of the ten-minute rule Bills and the vote. I consider that to be objective. Can the Leader of the House confirm that the Government are not censoring that Twitter account?

Mr Speaker, I am glad that you clarified with the Prime Minister yesterday that it is a matter for the Government whether we go back to a hybrid Parliament and remote voting. May I ask the Leader of the House to be careful how he updates the Prime Minister? He clearly is not doing a good job of it. We are entering a really difficult phase. As we speak, people are isolating, and hon. Members are doing the right thing by staying in their constituencies. The Leader of the House has scheduled two debates on covid-19. May I ask him again if we could return to remote voting and a hybrid Parliament? This is a fast-moving situation, and people have to be very careful.​

On a House matter, the Chair of the Committee on Standards, my hon. Friend the Member for Rhondda (Chris Bryant), wants to know when the motion on lay members of the Committee will be laid before the House. This is an independent procedure. There was only one Member involved—the rest were all outside, lay members—and they will think it slightly odd if we do not follow the correct procedure.

We must not use the pandemic to hide accountability for public money. According to The BMJ, £100 billion has been spent on Moonshot. No one has come to the House to explain Operation Moonshot, which has been paused. Who is responsible for it? The technology, as I understand it, does not exist, so where is the money going? The Good Law Project would like to know the answers for its pre-action protocol, so I hope it will get them. It is no wonder the Government are looking into a review of judicial review. Judicial review is a way of holding to account people who make decisions on the people’s behalf, using people’s money. May we have a statement from the Lord Chancellor when the review is completed? It is our job to uphold the rule of law, not to dismantle it.

I think it is frightening, and my hon. Friend the Member for Warwick and Leamington (Matt Western) thought it was grubby, this idea of one Minister saying, “I’ll give money to your town if you give money to my town.” I do not know if people are aware of the Carltona principle, but it means that a senior civil servant can stand in the shoes of a Minister and make a decision, which to me would seem an important way of dealing with this and avoiding the perception of Ministers giving money to each other. Given that the National Audit Office and the Public Accounts Committee have both said that there is an issue with the towns fund, will the Secretary of State for Housing, Communities and Local Government come to the House, as asked by his shadow, and explain this?

The shadow Secretary of State for Health has highlighted that £56 million has been paid to consultants. I think now is a good time to publish the Cygnus report, so that we know whether public money has been spent in the right way.

My hon. Friend the Member for Hampstead and Kilburn (Tulip Siddiq) has said that public money has been used for legal fees to stop the debt being paid to Iran. At the heart of that are the two victims, Anoosheh and Nazanin, and also Luke Symons in Yemen. At Foreign Office questions, the Foreign Secretary said that all he has done is entertained his counterparts at Chevening; he has not made a statement. The Chair of the International Development Committee has tried to get him to appear before her Committee since June, but he has not done so.

I thank the Leader of the House for announcing that the Backbench Business Committee has a Black History Month debate next Tuesday. My hon. Friend the Member for Norwich South (Clive Lewis) is co-ordinating an appeal for Memorial 2007, to remember the victims of the transatlantic slave trade and slavery. The Government have provided money for other memorials. Will the Leader of the House have a word with the relevant Minister so that in their response to the debate next Tuesday, they can announce that they are also going to put some money into the memorial to enslaved Africans?​

Finally, Remembrance Sunday is in three weeks’ time. May we have an urgent statement on the organisational advice and guidance for local authorities for what will happen on that day?”