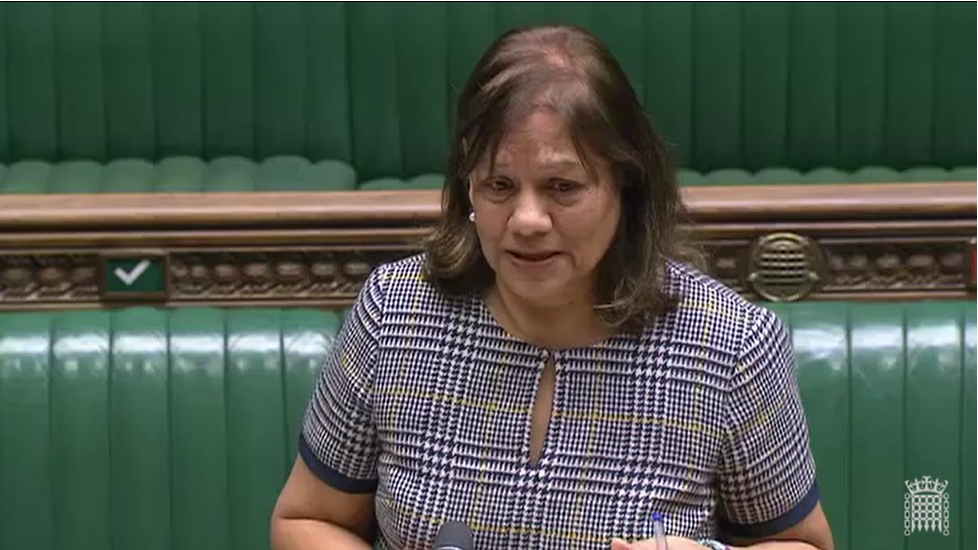 Responding to the Business Statement on the day Parliament was recalled, I paid tribute to all the NHS staff fighting against Covid-19 and asked for an urgent statement on the progress of the vaccine rollout. You can read my full speech below:

“What a lovely statement—something for everybody. It is a bit like a cracker, except I do not think that we are supposed to use crackers any more, as they are not good for the environment. I thank the Leader of the House for the statement, and obviously for the Opposition day. Depending on what happens later with the motion, he may have to return and make a further statement: we shall have to see.

I want to begin by thanking all the staff for bringing us back here and enabling us to carry out this very important day. Some of them were up until 4 o’clock in the morning. Many of them have produced call lists, and have arranged the business today at short notice. I thank everyone who has done that—they have actually been on the estate. The key thing is that we do not see them—they are unseen—and sometimes they do not have a voice. Both the Leader of the House and I are aware of the work that goes on behind the scenes. It was absolutely exceptional that we agreed the motion on virtual proceedings. Not even an hour later, our colleagues were able to take part and have a voice on one of the most important pieces of legislation. I hope that you, Madam Deputy Speaker, Mr Speaker, and the other Deputy Speakers will pass on our thanks to all the staff who have done that.

We have moved the Leader of the House, finally, to enable virtual proceedings, to allow our colleagues to take part in a virtual debate. I thank the Procedure Committee for the work that it has done, and for listening to Members who have expressed concern about their inability to take part in debates. Members are still moving around the country—we still have to travel here, but we know that the majority of the country is in tier 4. I want to ask the Leader of the House if he will look again at remote voting. Whatever we think about proxy votes, they work, but even when we use the card reader, there is a lot of behind-the-scenes work that goes on, and we must make sure that Members’ staff and staff of the House are safe as well. I hope that he will look at that, and try to facilitate it, because the new variant is haunting the country. The Prime Minister has already announced—I think he has announced it outside, not necessarily to the House—that we might not be out of tier 4 until April, so I thank and pay tribute to all the NHS staff—all the carers, everyone in care homes and hospitals, and the ambulance drivers who are apparently lining up and are having to make decisions on who has an ambulance first, which is a terrible, terrible state to be in. The Leader of the House has announced a general debate on covid on Tuesday 12 January. Given that we have the Oxford vaccine now approved, may I ask for a statement from the vaccine Minister? We now have two lots of vaccine and we need to know exactly what is going on—perhaps a dashboard of how the vaccine is progressing throughout the country—because that will help us all to do our work.

The Leader of the House has announced a general debate on global Britain. He will now know that the incoming Biden-Harris Administration do not want to deal with the UK any more—they are going to deal with the EU directly, which is a pity—so it might actually be quite a short debate. But will he clarify the Foreign Secretary’s remarks when he said that British citizens should not expect support when they are abroad? I know the Leader of the House has been very assiduous, and I thank him and his staff for writing the letters to the Secretary of State when I have asked at the Dispatch Box, but has the British ambassador seen Nazanin and Anousheh? Certainly Anousheh also needs diplomatic protection, like Nazanin has.

Today was an unacceptable way to pass the most important piece of legislation that this Parliament is going to pass. Yes, we facilitated it, but that does not mean we agree with it. The EU has not said that this is the responsible thing to do. The Chancellor of the Duchy of Lancaster—[Interruption.] Perhaps hon. Members will just hang on for a second and listen to what I have to say rather than heckle; I know it is pantomime season, but even so. The Chancellor of the Duchy of Lancaster seemed to spend more time deriding leaders of the Opposition parties than actually saying why businesses should have a bumpy ride. We heard about Brussels tape, but in fact we are going to see a lot more Tory tape from now on as goods move from one side to another and we have a border in the Irish sea.

Will the Leader of the House’s new year resolution be about allowing Parliament to be respected a bit more, with statements made to the House, and particularly, on all our legislation that is passed, that the House will be told first, rather than those outside?

On behalf of the Opposition, I pay my condolences to Brian Binley’s family. He was a lovely, lovely man, and very kind to new Members.

As we celebrate the 250th anniversary of the birth of Beethoven, and how his music was used to unite countries after the terrible war, I want to say a couple of lines from the “Ode to Joy”—because Labour Members will still be singing the “Ode to Joy”: “All that custom has divided, All men and women will be brothers and sisters, Under the sway of thy gentle wing.” I wish everyone a very happy new year.”