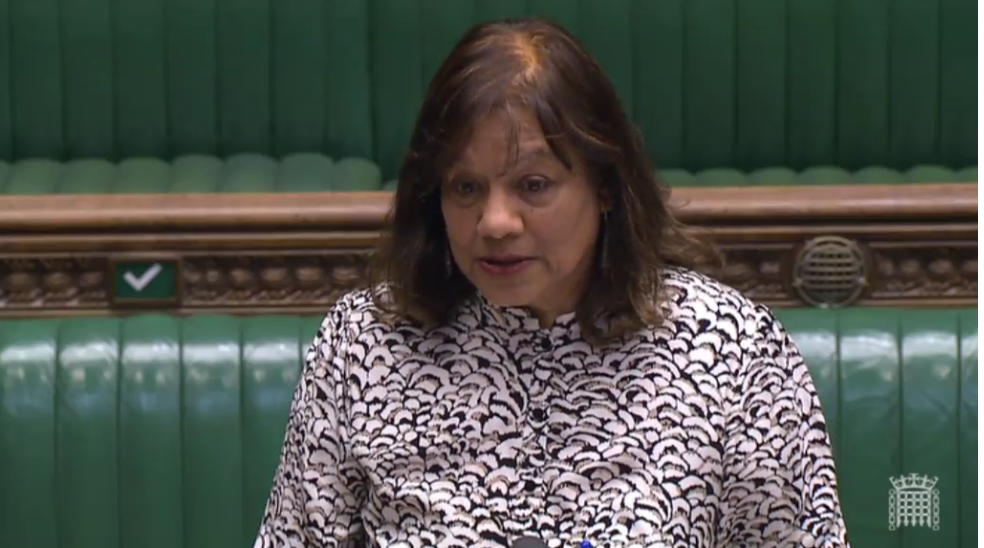 Responding to the Business Statement on Thursday 16 July 2020, I urged the Government to clarify its proposals for new border controls and trade regulations. You can read my full speech below:

“I thank the Leader of the House for the business for next week and the first week of September. The first thing I am going to ask for is a list of updated ministerial responsibilities, please—perhaps we could have that next week.

In his response on Nazanin last week, the Leader of the House missed out Anousheh, and there was no mention of Luke Symons. None of them have done anything wrong. The Leader of the House said that Nazanin’s case is a top priority, but there was also no response to the question from my hon. Friend the Member for Hampstead and Kilburn (Tulip Siddiq), who made a separate but important point about Iran.

My colleagues and I are extremely concerned that the responses from Ministers to our letters are falling somewhat below what should be expected. Ministers are obliged to provide meaningful responses. It is quite an easy phrase: “Ministers’ meaningful responses”—MMR—so it would be quite good if we could give them a poke by thinking of it as an injection. Perhaps we can send copies of all the letters that we have received to the Leader of the House so that he can have a look at them. I received one from the civil servants—this is nothing to do with the civil servants—that was a generalist response and contained nothing about the case that I had raised.

The Leader of the House keeps talking about the accountability of this Government, and he ended the virtual Parliament. He wanted us to come back, he said, because it keeps Ministers accountable, so let’s have it. What about the accountability of the purchase of 27 acres near Ashford in Kent, without the knowledge of the local MP and without the people who live near this lorry park even knowing it would be based there? The Chancellor of the Duchy of Lancaster told the House that there were no plans to build a lorry park in Dover. What he failed to go on to say was that it would be in Ashford. In his statement he mentioned technology, but there were no details of the technology, how it would work or how it would be used for border checks. Can we have an urgent statement on the delivery plans for these borders and all EU-facing ports and also a statement on the border with Ireland, which the Minister said he would make later this month? Well, the House will not be sitting, so can we have an urgent statement on the plans for a border with the island of Ireland?

The Secretary of State for International Trade needs to an updated statement, too. She has now put together a Trade and Agriculture Commission, which she announced on Sunday by press release, but not to this House. Will the Leader of the House confirm that there will be regular updates to the House? I know that the commission will be reporting to the Secretary of State, but hon. Members would also like to know what the Commission does.

The Secretary of State for Business, Energy and Industrial Strategy will be making a statement later. I cannot ask a question, so will the Leader of the House ask him why Walsall Council cannot use its full discretionary grant for local authorities of £7.6 million? BEIS officials have capped it at £2 million and stopped it using the balance. We are the neighbour to Birmingham and we are just a tiny place, so it is really important to keep our local economy going. The head of Blue Coat School has asked why Walsall libraries are not open, so can the Leader of the House confirm that Government guidance was that pubs and libraries could open from 4 July?

Will the Leader of the House join me in commending the education service, and all hon. Members of Parliament, for their efforts on Parliament Week, which is at the beginning of November? David Clark said that 4,192 organisations have signed up for it. Last year, more than a million people took part, and there were 11,000 activities. North East Somerset came 11th and Walsall came 17th, so we are hoping to beat you this year. Congratulations to everyone—hon. Members and the Parliament team—on raising awareness of Parliament at this important time.

I have one quick point. Depending on what happens in September and how the Procedure Committee reports on its inquiry, can the Leader of the House think about whether we could have an Aye queue and a No queue when we are voting? It would mean that we did not need to have the Whip standing in the middle. Perhaps we could have the Aye queue out of the Members’ Lobby and down those stairs, and the No queue through Central Lobby and down to St Stephen’s stairs. That would mean that the queues would be separate in Westminster Hall and we would know which queue to go to.

Mr Speaker, I join you in congratulating Rui Duarte on his 44 years of service and his retirement. Every event I have attended has always run smoothly in this House. We wish him a well-deserved retirement.

Finally, Mr Speaker, I thank you, your deputies and everyone who works in this House. They have got together to use their talents, their abilities and their skills—that includes Members and our staff. We had the first virtual Parliament in the world. I want to wish everyone well, thank them all for their work and tell them to stay safe.”