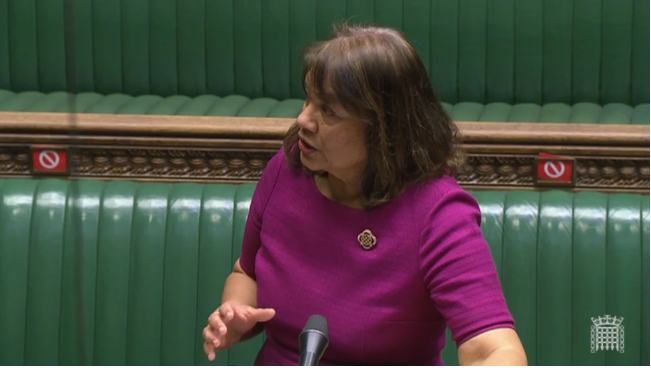 Responding to the Business Statement on Thursday 14 January 2021, I asked for a debate on new watered-down measures to prevent evictions during the pandemic and called on the Government to provide local councils with the funding they need. You can read my full speech below:

“May I start by reiterating your comments, Mr Speaker, about Steve Jaggs? On behalf of the Opposition, I thank him for all the work that he has done. He has spent 30 years here, and, I understand, spent five years at Buckingham Palace—a great, long time of public service. We thank him and wish him a very happy retirement. I just hope that he did not get a clock as his leaving present!

I thank the Leader of the House for the forthcoming business. It is right that there should be clarity for the next few weeks, until the end of January. The motion on private Members’ Bills was passed last night, so I am keen to ask him whether he will ensure that the list of private Members’ Bills will stay in place when they return. There was some concern that Members would fall off the list, so could the Leader of the House tell us when the end of the Session will be?

The Opposition thank you, Mr Speaker, the Clerk of the House and John Angeli for finding a solution for Westminster Hall in another venue, so that we can continue to hold the Government to account. The Leader of the House will know that ministerial responses have been of great concern to our colleagues, and the deputy shadow Leader of the House, my hon. Friend the Member for Manchester, Gorton (Afzal Khan), has conducted a survey of hon. Members. I will write to you, Mr Speaker, with further information, but to give you a flavour, one of our colleagues wrote in April about childcare providers and has not yet received a response. Some of them say that Departments leave the responses so long that it is not necessary to make a response.

The Government should have anticipated this issue. These questions are one of the tools that we have to hold the Government to account. I have to say that the Cabinet Office and the Leader of the House are very assiduous. I think they are the best performers—the quickest responders. The worst are the Treasury and the Department of Health and Social Care. That is all the more reason why the Government should have provided extra support, given that we have the worst economic record of all the major economies and the worst death record.

This is a shambolic Government because, right to the wire, the Secretary of State for Housing, Communities and Local Government has made a U-turn on evictions for renters. He said that no one will be evicted because of coronavirus, but the new statutory instrument is watered down. It is an affirmative instrument, so could we have a debate on the Floor of the House, so that we can debate the new watered-down provisions?

Another broken promise: the Secretary of State said that the Government would reimburse all councils for all the money they spent on measures in the pandemic, but they have not, so could we have a statement? The burden should not fall on our constituents from an increase in council tax or a cut in services.

Either the Government are not speaking to each other or the Health Secretary is not reporting to Cabinet. He told the World Health Organisation on 14 December that there was a new variant, so it is a bit weird that the Secretary State for Education did not know that there was a variant. It is probably a worse excuse than “the dog ate my homework”. Given that we have Education questions on Monday, could the Education Secretary make a statement on whether he knew about the new variant? Also, one of my constituents, who is a supply teacher, has said that, according to her agency, she does not qualify for furlough because schools are open. Could the Secretary of State address both those points in his statement?

It seems that the Prime Minister does not take his own advice to exercise locally. I do not whether it was the letters from his Back Benchers who said what a terrible Prime Minister he was; they must have said, “On yer bike,” and he took it literally. Many of my constituents want clarity. They are asking why angling is allowed and not golf. One of them asked me whether they can drive to the arboretum in Walsall to exercise, so could we have a statement to clarify those coronavirus issues?

My hon. Friend the Member for Newport West (Ruth Jones) tabled a written question, and was told that the last time the Foreign Secretary raised Nazanin’s case was on 13 December. That is a month ago. Every minute spent away from family is a wasted minute in the middle of this coronavirus. The Foreign Affairs Committee report on the UK’s relationship with Iran published on 16 December said that the current approach to seeking the release of detainees is not working. Could we have a debate in Government time—not a report for 20 minutes, where a Minister does not respond, but a full debate? Anousheh needs diplomatic protection. Luke Symons needs to be protected. There was an attack on Aden airport, a place I know very well from my childhood. We need a full statement.

It is Martin Luther King Day on Monday. What a difference in the rhetoric and the march for jobs and freedom in 1963 compared with last week. Quite rightly, the outgoing president will be impeached. We are on the side of the incoming Biden-Harris Administration, who want to form allies of democracy.