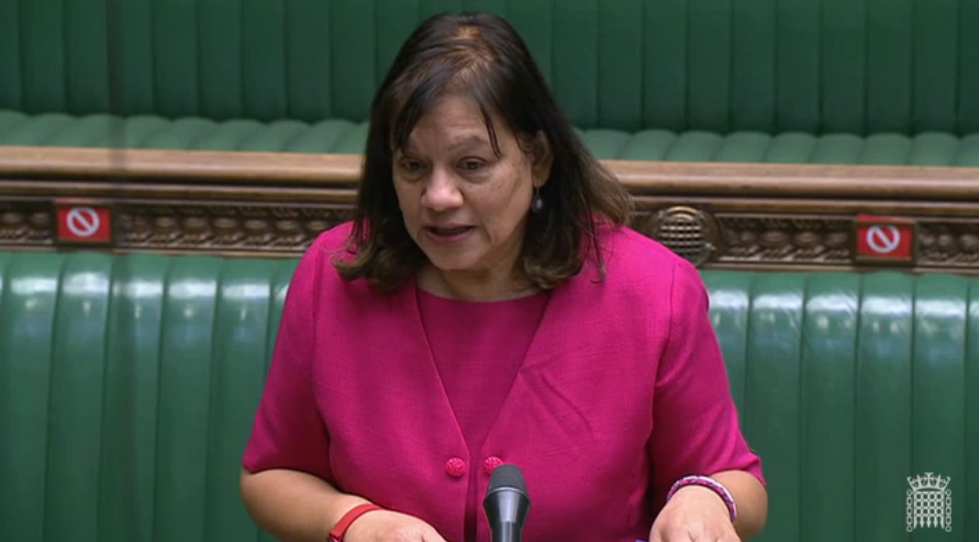 At Business Questions on Thursday 21 January 2021, I asked for an urgent update on the Government’s plans for testing in schools and support for our music industry. You can read my full speech here:

“I thank the Leader of the House for giving the business, and may I tell everyone exactly what the Opposition day motions are? The first is on the Prime Minister’s council tax hike, and the second is on the Government’s plan to weaken employment rights.

I ask again about the Session because we need to know when we are likely to get our next Opposition day. I do not know whether the Leader of the House has seen the publication by the University College London constitution unit’s Professor Meg Russell and Daniel Gover of Queen Mary on taking back control? The forward was written by Sir David Natzler. One of the ruses the Government use is to prolong the Session: we only have a fixed date for our Opposition days, so we only get 17 even though the Session is longer.

I hope the Leader of the House will confirm that Budget day remains on 3 March, with the periodic Adjournment for Easter on 4 April. I think the Prime Minister has resolved—although he has not told the House—that the elections will take place on 6 May, which just leaves a short period as to when the Session ends.

Our shadow Chancellor, my hon. Friend the Member for Oxford East (Anneliese Dodds), has said she cannot find the Chancellor, so can the Leader of the House confirm whether he is in Budget purdah now? I do not know whether the Leader of the House knows this, but my hon. Friend was the first woman ever to deliver the Mais lecture, and if anyone wants to read about fiscal responsibility, that is it.

The Education Secretary will make a statement later, but he has said nothing about testing in schools, which I think is part of the Moonshot programme. Apparently, that has been halted, so can he—or anyone—come to the House and explain what Operation Moonshot is?

The Secretary of State for Health and Social Care has not given an update on the NHS. Anyone who watched the BBC on Tuesday will have seen a woman in a morgue in tears, a consultant in tears, and a 28-year-old without underlying conditions taken into hospital with covid. We have had the highest rate of people who have died since the pandemic began; we need an update. A difficulty that I hope can be discussed is that while we have an Opposition day on Monday, we cannot have urgent questions that eat into our time. Is it possible to look at starting earlier so that we can have an update on the NHS crisis on Monday?

I want to put on record my congratulations to Richard Beeken at the Walsall Manor Hospital; it is a fantastic vaccination programme—17 minutes in and out, and at one stage it had the highest number of vaccinations in the country.

The Government need to be straight with us; no more Brexit promises. They are like piecrust promises—easily made, easily broken. We need the scrutiny Committee of my right hon. Friend the Member for Leeds Central (Hilary Benn). We have musicians who cannot work and no visa-free access. My hon. Friend the Member for Cardiff West (Kevin Brennan) asked for the publication of what the two sides said during the talks on the agreement. Can the Leader of the House ensure that we have that publication?

Our fishermen have had to perform the Monty Python fish-slapping dance in the Government’s face before the Government do anything. They have announced by press release the £23 million. Who is it for? How long will it take? Will it help the fishermen fill in the 400 pages that they need to fill in? We need a statement.

I thank the Leader of the House for getting the Foreign Secretary to write to me, but he did not mention any of the dual nationals in his letter. Anoosheh Ashoori needs his diplomatic protection. Richard Ratcliffe and my hon. Friend the Member for Hampstead and Kilburn (Tulip Siddiq) have asked what plans will be put in place for Nazanin’s and Anoosheh’s release. Luke Symons’ fate is still unknown.

Finally, I wish to congratulate President Biden and Vice-President Kamala Harris on their historic inauguration. Liberty, equality, climate, economic and social justice, and democracy are their watchwords. We, in the Opposition, want to work very closely with them, and we wish them every success.”