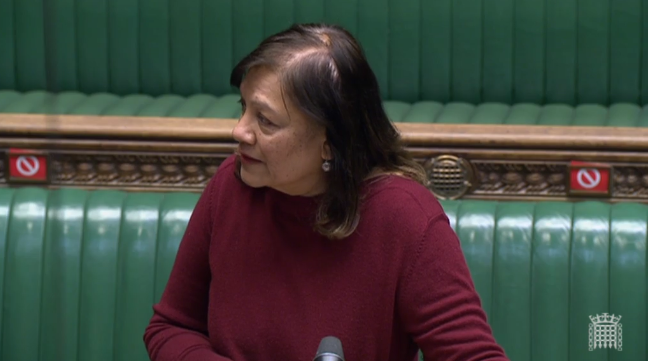 Responding to the Business Statement on Thursday 4 February, I criticised the Government’s broken promise to businesses and the loss of green space under Tory-led Walsall Council. You can read my full speech below:

I thank the Leader of the House for the business. Of course, we say thank you for the Opposition day, but the Government have abstained on the past six Opposition motions in a row. Even though they have been passed by the House, the Leader of the House and the Government seem to be ignoring the will of Parliament and indeed the sovereignty of Parliament; he will know that the Executive derive their authority from Parliament.

“we are not at the moment in a position where we want to be looking at extending the grace period.”

However, on Tuesday, the Chancellor of the Duchy of Lancaster called for an extension of the grace period, which is due to expire in March. The Prime Minister has previously said that he has concerns about the protocol and that there were teething problems, but the Chancellor of the Duchy of Lancaster said he would “not describe” them in that way. It sounds as though the Government are in disarray. Let us recall the Prime Minister’s election promise to businesses in Northern Ireland:

“No forms, no checks, no barriers of any kind. You will have unfettered access.”

The Leader of the House will know that the Road Haulage Association has said that 40% to 50% of trucks are going back to the EU empty. The Federation of Small Businesses has called for transition payments. They are saying the problems have not emerged because of stockpiling, but the Chancellor of the Duchy of Lancaster is now having weekly meetings of the Brexit taskforce. How about a weekly update to the House? Our businesses in our constituencies are part of the supply chain, and they want to know what is going on.

More broken promises, Mr Speaker, and more hypocrisy. The 2019 Tory manifesto pledged to “safeguard our green spaces”, but we have allotments being built on and sold off in Walsall. Two hundred and fifty residents are on the waiting list. The Tory-led council has agreed permission for 15 new townhouses on one of the two green public spaces in Walsall town centre, with no consultation with residents on a house in multiple occupation in a built-up area in Redhouse Street, and no consultation on using up a green space—again, in a built-up area—for a Traveller site. The current mayor is looking to Sandwell about green spaces, yet he is not looking to Tory-led Walsall Council and how it is using up every single green space. Could we have a debate on local councils and the lack of scrutiny?

The Leader of the House did not announce Foreign Office questions, but he will know the major incidents that are taking place around the world. He will also know that this House has supported Burma in setting up its democracy by building a library and training its MPs. The leader of Burma is in jail—the Proud Boys seem to be the same as the generals. Kameel Ahmady has escaped from Iran. Again, I raise Nazanin and Anoosheh: it is not public speculation, but parliamentary scrutiny. The Foreign Secretary’s American counterpart, Secretary of State Blinken, has spoken to all the families of those hostages. Will the Leader of the House undertake that the Foreign Secretary will do the same? My constituents are distraught at the sight of farmers—their extended families—being tear-gassed in their peaceful demonstration, so could we have a debate on foreign policy?

Today is World Cancer Day, and I am sure there is not a single person who does not know of someone who has suffered. We send our condolences to the family of Captain Tom Moore. He wanted us to remember how lucky we were to have an NHS, because he remembered when it was not there. Clapping is not enough: the Prime Minister can do something, which is make a payment to all our frontline services and NHS workers now that the Budget is coming up. We also pay tribute to Maureen Colquhoun. It is absolutely amazing that, in her five years, she managed to do so much. Perhaps the intranet and digital services can pay tribute to the work she has done, given that it is LGBT+ History Month.

I wish our hard-working shadow vaccine Minister, who is coming in later, a very happy birthday. Finally, welcome to the world, Henry George Elmore-Sedgebeer, who was born on 28 January.”