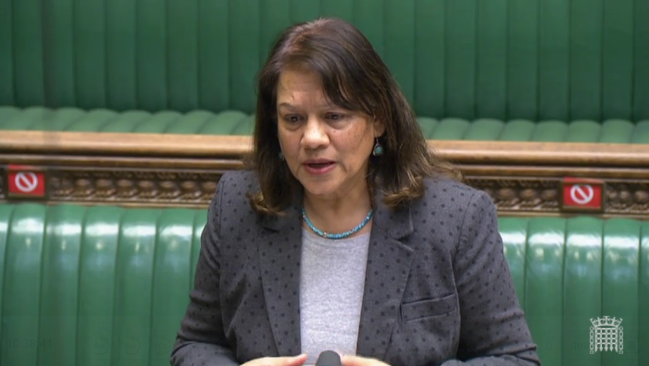 Responding on behalf of HM Opposition on Thursday 25 February 2021, I highlighted the Government’s failure to compensate Windrush victims and its unlawful awarding of coronavirus contracts. You can read my full speech here:

“I thank the Leader of the House for advance sight of the statement and for the motion on Westminster Hall that he has tabled. I know that the Chairs of the Procedure Committee, the Backbench Business Committee and the Petitions Committee will be delighted, but it must continue to be hybrid while there are still deaths happening.

I am not quite sure whether the Government have decided when Prorogation will be, but a number of Bills are hanging around, such as the Environment Bill. Will they be taken before the House prorogues, or carried over?

I thank you, Mr Speaker, for the excellent letter that you have sent to the ethics committee at King’s College. I know that hon. Members and our staff—I am sure the Leader of the House has had representations—will agree about how appalling it is to send out fake emails. Our staff have been absolutely amazing since last March, getting stranded constituents back and dealing with distressed people who have absolutely nothing. Some of them have even had covid. They have had to handle working from home and a new type of working. They have been amazing. I put on record my thanks to all my staff, and to all hon. Members’ staff. At a time when we have the worst death rate—182 per 100,000, according to the John Hopkins University, while the US has 152 per 100,000—to have to deal with fake emails is absolutely appalling. I wonder whether the Leader of the House will join me, and perhaps the leader of the Scottish National party, in writing a joint letter to say that the House absolutely condemns that kind of behaviour.

Next week is Foreign Office questions, as the Leader of the House said. I wonder whether the Foreign Secretary will update the House on Nazanin’s case and Anousheh’s case. I thank Ambassador Macaire for raising Anousheh’s lack of telephone privileges, but Amnesty International has identified two further British nationals: Mehran Raoof and Morad Tahbaz. Could we have an update on all those British national cases?

The shadow Home Secretary has raised the issue that almost 1,500 people’s claims under the Windrush scheme have not been paid yet. Only £4 million has been paid to more than 300 people. I know that the Home Secretary said that she wants to take personal charge of this, so I wonder whether she could come to the House and make a statement.

We gave the Government the powers that they wanted because we were in the middle of a crisis, but we did not know that they would throw an invisibility cloak over some of the transactions. I thank the Good Law Project for upholding the rule of law. It seems that only the Government’s friends, those in their social circle or those in their economic circle need apply. An applicant can have no previous experience, such as the new chair of the Office for Students, but why does it take a judgment to publish the names, and what is a technical breach? I do not think that the judge actually mentioned a technical breach. The Health Secretary has been found to have acted unlawfully, so could he please come to the House and explain it?

We also need an explanation of why frosts are disappearing, literally. Apparently, after Lord Frost’s new appointment to the Cabinet, he is on a leave of absence, so he is not accountable to the House of Lords. Yet he is now in charge of this new EU Joint Committee and he cannot come to the House. Could the Leader of the House say how we hold Lord Frost to account on the negotiations that he is having with the EU? Worse still, we had a press release on Friday from the Business Secretary and a written statement on Monday. He wants exactly the same kind of regime—he said “light touch”—for his new research agency. Again, we are talking about an invisibility cloak, because apparently we cannot make a freedom of information request for any of the contracts that are given out under it.

I am afraid that this time I am with the hon. Member for Bridgwater and West Somerset (Mr Liddell-Grainger) when he asks for local government to be held to account.

What would the Leader of the House do if a councillor who worked for a Minister shoved through cabinet something that put a site in a Labour MP’s constituency, without there being any criteria in relation to air quality, residents’ views or even green spaces, when a site allocation document, which had been agreed and on which there had been consultation, stated that it should go in the Minister’s constituency? What would the Leader of the House say to that person? May we have a debate on local government accountability?

Finally, I want to thank you, Mr Speaker, for your statement on Julia Clifford. We all knew her for a very long time; she knew lots of hon. Members and looked after us. You have made a lovely gesture in naming the Tea Room after her. We send our good wishes to John, Ben and Jack. May she rest in peace. She beat cancer but then, with a reduced immune system, succumbed to covid.

There is a debate on Welsh affairs later today, and I want to praise the Welsh Government because they have reached their vaccination target. They were the first nation to reach their target in February and they are now on the second dose, which they have given to 60,000 people. For Monday, “Dydd Gŵyl Dewi hapus!””