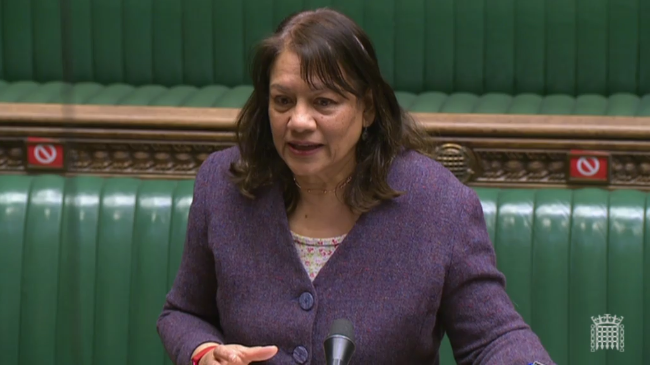 Responding to the Business Statement a day after the Chancellor announced the Budget, I criticised the Government’s decision to increase council tax for families in my constituency while freezing the pay of millions of public sector key workers. You can read my full speech below:

“I thank the Leader for the business for next week. I am pleased that, according to the Order Paper, Westminster Hall will be returning on Monday and that the private Members’ Bills are back. Lots of hon. Members have worked really hard to get a consensus on these Bills; I hope they will have a smooth transition.

Our thoughts are with our gracious sovereign and we wish Prince Philip a speedy recovery.

The Secretary of State for International Trade—I thank the Leader for the letter to her—wrote to me in September to say that she would report to Parliament on the Trade and Agriculture Commission. Actually, a written statement has been published—I thought she would have been here in person. In that written statement, she is extending the terms of reference of the commission. She says she wants to put the:

“Commission onto a statutory footing and evolving its role to boost scrutiny of new free trade deals.”

I thought it was Parliament’s job to scrutinise trade deals, so I ask the Leader to ensure that she comes to the House. I know she is top of the poll on Conservative Home—how do we get the Leader up that greasy pole? But she needs to come to Parliament. Disregard for Parliament is absolutely outrageous.

So, too, was the trailing of the whole of the Budget; apart from the fact that there was £700 million for cultural activities instead of £400 million, everything else was in the media over the weekend. Mr Speaker, you will know that in 1947—(Interruption.) Not you personally! We all know from our history that Hugh Dalton had to resign when he leaked the Budget.

We have had the worst death toll in Europe, the worst economic crisis, so why is the Chancellor hurting families in the middle of a pandemic and hurting businesses? There is going to be a rise in council tax—in Walsall, an extra £105—a pay freeze for all our millions of key workers; nothing for schools, nothing for maintained nurseries, nothing for our NHS staff, nothing for the police and nothing for the public sector. How soon they forget who supported them in the pandemic—and still there are excluded people.

There was no mention of the child trust funds. HMRC said £1.8 million—it is pounds or young people—have been forgotten. The money is unclaimed. Parents of children with disabilities have had to go to court to try to release that money. That was a Labour Government initiative. The children are now 18. They need to have access to that money immediately, particularly in the light of the pandemic.

In the middle of this pandemic, we have a reorganisation of the NHS. The Government are embarking on yet another reorganisation—fiddling while Rome burns, a massive restructure, so everything is going back to the Secretary of State. It is a power grab. What are we going to see—VIP lounges, VIP fast tracks? And we have had a takeover—in less than 10 minutes, 52 GPs in London were taken over by a United States insurance company. That is absolutely outrageous. While our NHS staff are turning over people in the covid crisis in our A&Es and vaccinating the nation, the very foundations of our NHS have been taken away from them. So can we have an urgent statement from the Secretary of State for Health and Social Care on that reorganisation?

Last week, my hon. Friend the Member for Newport East (Jessica Morden) had an Adjournment debate and a ten-minute rule Bill and she asked the Government to announce the results of their review on how the benefits system is treating terminally ill people. That was first announced in 2019, but there is no date. Time is running out. The Motor Neurone Disease Association and Marie Curie estimate that 6,000 people have died waiting for their benefits. The Leader will have seen the report from the coroner last week on Philippa Day. There were 28 errors. She took a fatal overdose while her payments were cut. They found a letter rejecting her request for an at-home benefits assessment near her. We need an urgent statement from the Department for Work and Pensions on its treatment of vulnerable and terminally ill people.

I know that the Foreign Secretary updated the House, and he said he had met the family of Nazanin and had spoken to the families of all three detained British-Iranian dual nationals, but we have had no more news. Nazanin’s sentence runs out on Sunday, and there is no update on whether Anousheh can speak to his family again—Sherry, Elika and Arian. I pay tribute to Daren Nair, who has had to step down from Amnesty. He has been tireless in his efforts in campaigning. I met him when Richard Ratcliffe was on hunger strike outside the Iranian embassy. We need a further update.

Monday is International Women’s Day and we have the debate on Thursday. It is also Women’s HERstory Month, when we will look back at the history of covid. I pay tribute to the women scientists now: Professor Sarah Gilbert, who designed the Oxford vaccine and led the first trial of the Ebola vaccine, Professor Catherine Green, Professor Teresa Lambe, Professor Katie Ewer and Dr Maheshi Ramasamy. They have all been part of that vaccine.

Finally, on World Book Day, we would like to see tweets of the Leader in his six different outfits as he celebrates it with each of his children.”