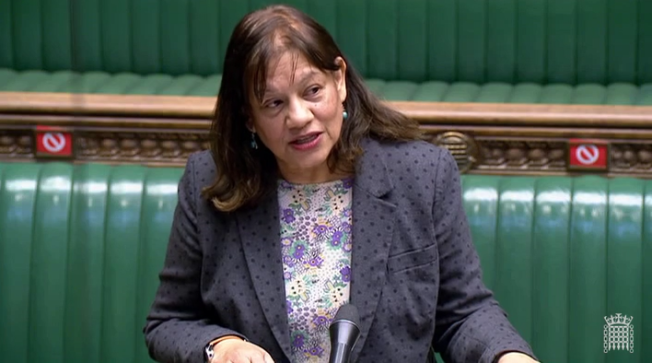 On Thursday 11 March 2021, I criticised the Government’s management of public finances and its decision to increase council taxes during the pandemic. You can read my full speech below:

“I thank the Leader of the House for giving us the business. I hope he will join me in wishing for speedy boarding of the private Members’ Bills on Friday, with no disruption.

I know that the Leader of the House takes seriously a lack of responses to hon. Members from Government Departments. He will be concerned to hear that my hon. Friend the Member for Edmonton (Kate Osamor) has not received a response from the Department of Health and Social Care to a question from 9 October, or to two from 19 October. I know she has written to the Leader of the House. Can we ensure that she gets a response?

The Leader of the House is very keen to have us back here, but we seem to be having a lot more Zoom meetings. The Minister for Covid Vaccine Deployment, the hon. Member for Stratford-on-Avon (Nadhim Zahawi), is having a Zoom meeting, and the chair of the Trade and Agriculture Commission has invited us to a Zoom meeting. It is quite difficult in terms of accountability, because not everybody can join these meetings. In addition, the Official Reporters work very hard to make sure that things are on the record. In keeping with what you have just said, Mr Speaker, we need to ensure that things are on the record, and the relevant people need to come to the House to provide accountability.

My hon. Friend the shadow Housing Minister has asked where the Building Safety Bill is. It was published in draft on 20 July, but it has not had its First Reading. It contains important improvements for the safety of residents in high-rise buildings and the building safety regulator. May we have an update?

I know that the Leader of the House will be concerned about the National Audit Office report on local government finances during the pandemic, which was published yesterday, 10 March. Many face significant gaps in funding. We are talking about statutory services such as adult social care and special needs libraries; all those may have to be cut. The shadow Secretary of State for Housing, Communities and Local Government has said that councils have lost 60% of their funding in the last decade. Will the Leader of the House confirm that we will have a debate on the NAO report in Government time, particularly as our constituents may have to pay for it in the 5% council tax increase?

We also need a statement on whether councils are actually getting, pound for pound, what they have spent during the pandemic. We know that the Government have got the money, because they had £37 billion for Test and Trace. I know that the Leader of the House, because he is very keen on making sure that public money is spent wisely, will want to debate the Public Accounts Committee report on Test and Trace, which was published yesterday. It said that there is

“no clear evidence to judge”

the “overall effectiveness” of Test and Trace. It was supposed to be a game changer. The Scientific Advisory Group for Emergencies has said that

“test and trace was having only a marginal impact on transmission”

and the NAO said that there was low compliance, yet there is £37 billion of committed expenditure. We now have Serco, one of the companies involved, paying out dividends to its directors. That is appalling.

Thank you, Mr Speaker, for your statement. I am going to ask the Leader of the House whether he will correct the record. Will he write and place a letter in the Library, having checked the Official Report from January 2020 to see what exactly the Opposition did? I will repeat it again. The shadow Secretary of State for Health said, “The House will not be divided on this.”

Let us see what the Minister said. He said that 1% for nurses’ pay would cost three quarters of a billion pounds, so—this is a rough calculation—2.1% would cost £1.5 billion. We know that the £37 billion is in the accounts of the Department of Health and Social Care. The head of NHS England said that 2.1% was allocated when the funding was agreed in 2018. We cannot trust the Government now to keep their word, to protect the NHS, or with the finances. May we have a statement on Monday clearing all this up, as the press secretary apparently cannot, or will not, announce it from the £2.9 million bunker?

It is wonderful news that Nazanin has had her tag taken off and that she will hopefully be home soon. There is no word on Anousheh. He was a dutiful son who was visiting his mother. Kylie Moore-Gilbert has said that if her ordeal was made public, she would not have had a 10-year sentence.

Thank you, Mr Speaker, for celebrating International Women’s Day and Commonwealth Day on Monday. It is Mothering Sunday on Sunday. I do not know whether you are aware of the survey by the Office for National Statistics, which said that, in the pandemic, women spent more time on household chores than men, and that three quarters of women were emergency educating compared with just over half of men. A Mumsnet survey found that women are worried that women’s equality is “going back to the 1970s” at work and home, and in society. We wish everyone a happy Mothering Sunday, and our thoughts go out to Sarah Everard’s family.”