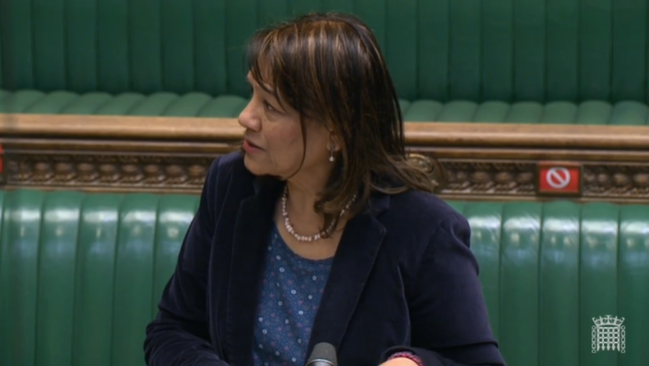 Responding on behalf of HM Opposition on Thursday 15 April 2021, I called for a debate on the inconsistencies in a recently published report from the Commission on Race and Ethnic Disparities. I also paid tribute to HRH Prince Phillip, the Duke of Edinburgh. You can read my speech below:

“Follow that, as they say. I thank the Leader of the House for the business. I note that there is the possibility of proroguing on 29 April, and we only have the business up until the 26th, so we look forward to a further announcement.

I start by sending my condolences and those of Opposition Members who have not had the opportunity to send them to our Gracious Sovereign and her family on the sad passing of His Royal Highness the Duke of Edinburgh, Prince Philip. We must remember him not just as the Queen’s consort but as a husband of 73 years. I know that the country will want to remember his good works, his deeds and his wonderful personality as he is laid to rest on Saturday. May he rest in peace.

Yet again, we have to have the Prime Minister come back to clarify his remarks. Yesterday, he said at Prime Minister’s questions that he may not “agree with everything” in the report from the Commission on Race and Ethnic Disparities, but it is a Government report. They set it up: it is out of No. 10 and out of the Cabinet Office. It is totally discredited, as at least 20 organisations and individuals listed as stakeholders have distanced themselves from the report.

It is not clear what this took into account because the 2017 McGregor-Smith report, commissioned by the then Business Secretary, the right hon. Member for Bromsgrove (Sajid Javid), on race in the workplace, said:

“In the UK today, there is a structural, historical bias that favours certain individuals.”

The racism at work survey published in 2019 said that over 70% of black, Asian and minority ethnic workers had been racially harassed at work in the last five years. Between October and December, 41% of black people aged 16 to 24 were out of work compared with 12.4% of their white counterparts. Forty years on from the Brixton riots, black unemployment for that quarter was at the same level as it was as in 1980s. I urge the Leader of the House: please could we have a debate in Government time on the report? There are too many unanswered questions.

Today marks 32 years since the Hillsborough disaster, and the families have worked tirelessly in campaigning for an inquiry, and that is why it is important to get the inquiry right on the Greensill debacle. I do not know whether the Government think the country is stupid, but we are absolutely incredulous at asking a person who serves as a non-executive in the Department for Business, Energy and Industrial Strategy to lead the inquiry. The Minister for the Constitution and Devolution said yesterday that she has had to suspend him as a non-exec. The legal profession is brimming full of talent in lawyers with absolutely no connection with the Government, BEIS or anything. Why do we not have one of them?

The Prime Minister said yesterday that it is a difficult line with the civil service and “boundaries” are blurred—that was his word—but, no, civil servants do not have two jobs. A secondment is a temporary assignment. Yes, they should get the experience of both places—the private sector and the civil service—but not at the same time. This is an abuse of power. The Government are only making appointments when it is “one of us”—one of them—just as they are doing with the board of Channel 4.

To coin a phrase, can I ask the Leader of the House to push the team at the Foreign, Commonwealth and Development Office for an update on Nazanin and Anoosheh, who has had a 67th birthday in prison? They are all in Vienna discussing it, and we need an update.

We have lost some incredible people in the House, and I want to pay tribute to Dame Cheryl Gillan. I worked with her on the all-party parliamentary group on epilepsy. She brought to the House and put on the statute book the Autism Act 2009, which means we value people on the spectrum and know they have hidden talents. She did that through her tireless campaigning for 29 years as a Member of Parliament. We will not forget; it seems like only yesterday that she was berating the Leader of the House for changing the hybrid procedure.

Ian Gibson was a geneticist and a former MP for Norwich North from 1997 to 2009. He was Chair of the Science and Technology Select Committee and joint manager of the parliamentary football team. I met him through the Manufacturing, Science and Finance union. He was so kind to people starting off on their political journey.

James Winston was valued and respected across both Houses and by all parts of the Chamber. He worked with Members in pursuit of peace and reconciliation in Northern Ireland, and we mourn his loss, especially at this time.

Then there is Shirley Williams—Baroness Williams. Despite being the daughter of George Catlin and Vera Brittain, she managed to carve her own way. She was absolutely brilliant as an Education Secretary and as a parliamentarian in both Houses. I saw her when I was at university. She really was, as the magazine headline said, “Sweet Williams”. She was wonderful and would have made a great future Prime Minister, as her father once suggested. She screen-tested for the “National Velvet” film, and I want to say something positive at the end: Rachael Blackmore should be congratulated on being the first woman to win the Grand National.

Finally, we cannot process this year, but I hope the whole House will join me in wishing all the Sikh community a happy Vaisakhi.”