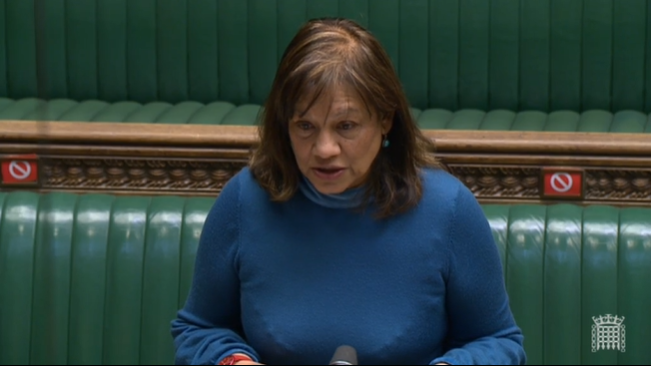 During Business Questions on Thursday 22 April 2021, I highlighted the marginalisation of Parliament during Covid-19 and called on the Government to publish Ministers’ financial interests in light of the Greensill scandal. You can read my speech below:

“I join you, Mr Speaker, and the Leader of the House in the thanks that have been expressed. I want to thank the Clerk of the House for his leadership in ensuring that the whole staff of the House, the broadcasting and everything else enabled us to be the first Parliament in the world to be a hybrid Parliament and to carry on with our business.

I also want to congratulate Lord Fowler on retiring and Lord McFall on becoming the new Lord Speaker. Staying with the Lords, I want to pay tribute to Frank Judd, who served as an MP in Portsmouth from 1966 to 1979 and was a Minister in the Wilson and Callaghan Governments. He was a director of Oxfam before being appointed a life peer in 1991. He was an outstanding Member of both Houses. May he rest in peace.

A statement was put out yesterday at 5 pm on the cuts to overseas development aid, and it is quite upsetting really that that was not announced in the House on Tuesday. This is a massive cut and it is going to have a huge effect on the way Great Britain is seen in the world.

I wonder what Her Majesty’s official Opposition have done because we do not appear to have received the business, whereas other Opposition parties have. Normally, we get the provisional business the day before, but I think we are off the bcc and cc lists. Would the Leader of the House kindly tell us what we have done wrong when we do not get the business?

Last week, the Leader of the House did not answer my questions on the independent adviser on ministerial standards. There has been no list of Ministers’ financial interests for nine months and no list of donor meetings. He will also want to correct the record, I am sure, because he said that Greensill did not get public support, when in fact it did: it got it from the coronavirus large business interruption loan scheme. So the lobbying did pay off. Greensill is the only supply chain finance firm accredited for CLBILS, despite not being regulated by the Bank of England or the Financial Conduct Authority. What is so special about Greensill and what is so special about Dyson? He took his business out of the UK.

Now, the Prime Minister was wrong. The shadow Chancellor has asked me to ask the Leader of the House to remind the Prime Minister that there were companies making ventilators in this country—Siemens and Airbus, to name a few—so I wonder if the Leader of the House could pass that on. She cannot find the Chancellor—we would like to know where he is—otherwise she would have passed the message on.

The Government are doing it again. The Cabinet Office and the civil servants are saying, “Please don’t do this.” They are going to appoint the head of space policy at Amazon to the Government’s own OneWeb, in which they have invested £400 million. This person will be working at Amazon as well as working with the Government. The Leader of the House needs to look at that. They have their own project, Kuiper. They are clearly going to have a competitive advantage. This is another case of fix it and flog it.

It is disappointing that the Leader of the House did not tell the House last week that the Prime Minister might have been in India. We got it from the presidential-style announcement in the £2.6 million press conference room, which is now going to be abandoned. It is good because the Prime Minister is not a president. It is odd to spend £2.6 million, and there is no mirror and no comb. The really nice spokesperson went from announcing geek of the week on “Peston” to leak of the week—effectively, it was a leak because those announcements should have been made in the House. She is now going back to geek of the week at COP26. She will have the same difficulty because she will have to explain contradictory Government policy. While the Government are about to reduce new emissions, they are still considering proposals for the first new deep coal mine in 30 years. Could we have a statement ruling that out before COP26?

It was announced not in Parliament but by press release that mobile phone masts up to 30 metres tall are about to get the green light to be put up in our countryside. That is a 20% increase on the current maximum. The shadow Secretary of State for Environment, Food and Rural Affairs, my hon. Friend the Member for Plymouth, Sutton and Devonport (Luke Pollard), has said rural communities have become an afterthought. He wants everyone to be encouraged to take part in the rural England policy review to protect our countryside. Could we have a statement on that in the House?

I know the Leader of the House eats “Erskine May” for breakfast, but he does not seem to be absorbing anything. He knows that the job of Parliament is to hold the Executive to account, but he has presided over the marginalisation of Parliament. It is not me or the socialists saying that, but a paper by Professor Meg Russell, Dr Ruth Fox, Dr Ronan Cormacain and Dr Joe Tomlinson, which referred to no scrutiny of regulations and no meaningful debate. The House of Commons Library—I would not call it a bastion of socialism—said that Ministers can spend up to £469 billion before they get parliamentary approval of departmental spending plans. It would be interesting to hear what the Leader of the House thinks about that. Could we have a debate on restoring Parliament and the checks and balances on the Executive?

Later, there will be an apology for how black and Asian soldiers were treated. George Floyd is a movement. He died at the age of 46. A knee was on his neck for double the amount of time that I have been speaking. It was the right verdict. A young man who was about to become an architect would have been 46 today. We remember Stephen Lawrence; today is Stephen Lawrence Day.

Mr Speaker, you will be pleased that the fans got it right—no super league. They will be singing “Que Sera, we’re on the way to Wem-ber-ley”. We will all be going to Wembley, not just Leicester City and Chelsea, but we wish them well for the FA cup.”